The Nationals don't currently have a first baseman on their 40-man roster, making it a glaring position of need this offseason. The question is, will a familiar face be manning first in 2021, or will Washington bring in a hired hand from free agency?

The answer is... complicated.

Two names stand out: 36-year-old Ryan Zimmerman and 37-year-old Howie Kendrick. Zimmerman, along with starting pitcher Joe Ross, opted out of the 2020 season due to concerns about COVID-19, which he wrote about extensively in a series of diary entries for the Associated Press. Zimmerman is now a free agent.

Eric Thames, Asdrubal Cabrera and Kendrick, who manned first base for the majority of the pandemic-shortened 60-game 2020 season, are all free agents. Kendrick, who turns 38 in July, had initially targeted 2020 as his final MLB season but had a change of heart due to the weird nature of the season. The Nationals declined their end of a mutual option for Kendrick for 2021, opting to buy out the final year of his deal, making him a free agent.

Had it not been a COVID-shortened season, Kendrick said this fall, 2020 would have been his last. He's now 100 percent committed to playing in '21 whether there's a universal DH or not.

Brock Holt and Jake Noll combined to man first in seven games. Holt is also a free agent and Noll, a third baseman, remains on the 40-man roster.

Complicating matters further for the Nats, it's currently unclear whether the universal DH will return in 2021. If there are no designated hitters in the National League, aging veterans like Zimmerman and Kendrick are less valuable. The DH lightens the load for veterans.

Nationals GM Mike Rizzo was asked during a Tuesday appearance with The Sports Junkies whether he's heard from either Ross or Zimmerman lately.

"Ross is under contract with us. He's planning on playing," Rizzo said.

Ross was heading into his final year of arbitration and just inked a reported one-year, $1.5 million contract for the 2021 season. The 27-year-old right-hander will be a free agent entering 2022. He pitched to a 5.48 ERA across nine starts and 27 appearances (64 innings pitched), with 57 strikeouts, 33 bases on balls and a 1.672 WHIP in 2019. His most notable appearance came in Game 5 of the World Series, when — starting in place of Max Scherzer, who was a game-day scratch due to injury — Ross delivered a respectable five-inning, four-run performance on short notice.

"Zim, we had a few conversations early at the latter end of the season last year," Rizzo said. "I'm not sure if he's made a decision yet or not. But I've spoken to both of those guys and their individual assessments are different in their careers. We'll keep on top of both of them, but we're certainly gonna have Joe Ross on the team next year. And Zim, we'll have to make a decision on him depending on what his feelings are with his family." 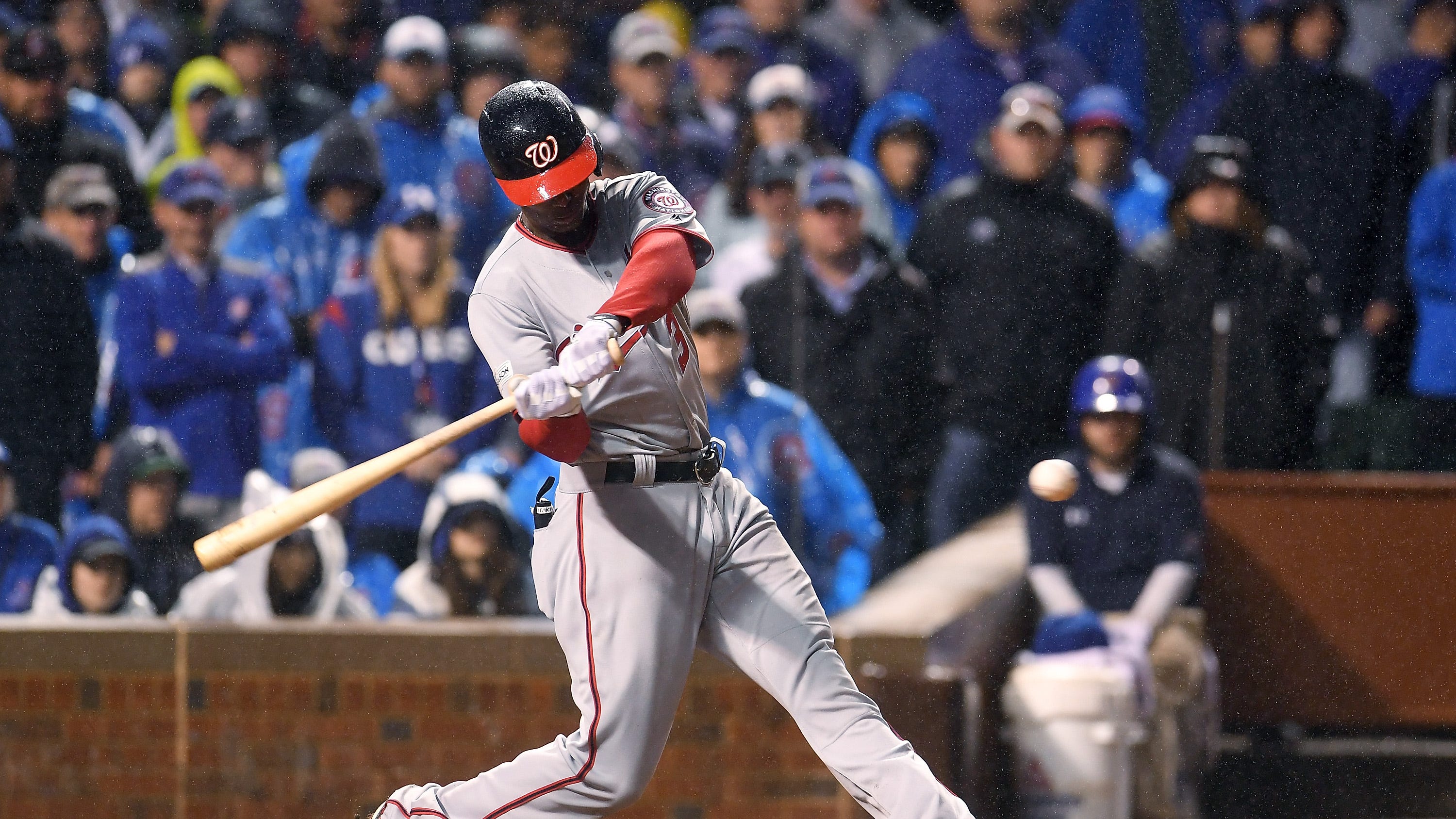 Michael A. Taylor delivered when it mattered most for the Nationals

Free agency doesn't yield many viable options, either. Carlos Santana and Mitch Moreland, both of whom will be 35 next season, are the only free-agent first basemen (not previously mentioned) to have recently performed at a relatively high level, although Santana's play just fell off a cliff — with his OPS dropping from .911 in 2019 to .699 in 2020 — and Moreland similarly cratered after an August trade from the Red Sox (1.177 OPS) to the Padres (.609 OPS).

26-year-old Renato Nunez is an option on the younger end who is coming off a solid 2020 season in Baltimore, where he hit 12 homers with 31 RBI and an .816 OPS through 52 games. Nunez can play first and third, fitting the Nationals’ preference for versatility in the field.

Adding to the uncertainty is whether 2020 numbers are even reliable. When clubs are looking to invest millions in a free agent, they need to know what they're getting. Would a player's stats over 60 games hold up over a 162-game season? That's the question GMs, Rizzo included, will be asking their player personnel staffs over the coming months.