The last time Kyrie Irving stepped on the floor for the Brooklyn Nets, it appeared that the Rockets may have accepted the fact that James Harden would be too hard to move from an appropriate package. Caris LeVert had just dropped 24 points to go along with Irving's 29 in a complete rout of the Utah Jazz. Victor Oladipo's 25-point outburst led the Pacers to their fifth win in seven games.

A lot has changed since then. In case you haven't heard, the Rockets did, in fact, move James Harden. Caris LeVert is now on the Pacers, though the scary discovery of a small mass on his kidney has the NBA community holding its collective breath. And Victor Oladipo just had the second highest-scoring debut in Houston Rockets history.

As for Irving, he's set to make his return after his sudden and unannounced hiatus, but we're still not too clear on what the details are. When asked to shed some light on what has been going on in his life, he chose not to expand on specifics.

"Just a lot of family and personal stuff going on, so, just want to leave it at that," Irving said, adding more about his own perspective after a follow-up question. "It's pretty interesting in watching — when you take a break from everything — there's just so many assumptions about what's going on. And so many people feel like they know me best. They have no idea who I am, nor what I'm about, nor what I stand for, or even attempt to take the time or even for me to invite them to take the time, so it's a two-way street.

"When things become overwhelming in life, you just gotta take a step back and realize what's important."

"I want to make changes daily. There are so many oppressed communities and so many things going on that are bigger than a ball going in the rim"

Kyrie Irving speaks on mental health, along with the political and social environment in America: pic.twitter.com/7UebJABzMm

Another topic of his press conference focused on his ability to give back using his platform as a basketball player, a lot of which was on display when it was revealed that he helped George Floyd's family out in a huge way. 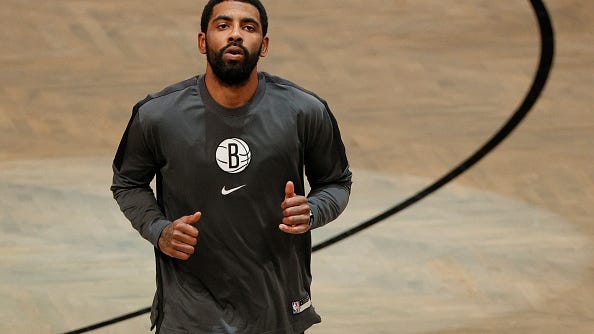 "There's nothing normal about this life that I live. It's just something I've come to accept and embrace as, let me use this as a tool to be able to change things that I want to see in the world," Irving said, adding that he wants to make an impact in what he does. "To those who are leading with me and also following alongside, walking alongside me, we're going to get through this. And this world is a whacky place at times, but as long as we persevere together and as long as we continue to just tell each other the truth about how we feel about each other... I just want honesty."

Kyrie Irving says basketball and life has been 'lot to balance':

"There's a deeper level of emotions that I have for helping people and serving. There's nothing normal about this life I live. Let me use this as a tool to be able to change things that I want to see in the world" pic.twitter.com/ULpKeWgmbd

When asked specifically about breaking COVID-19 protocols, he responded that he was happy to be back with the Nets and that he addressed everyone who he felt needed to be addressed, but that it's time to move on from the events of the past two weeks. 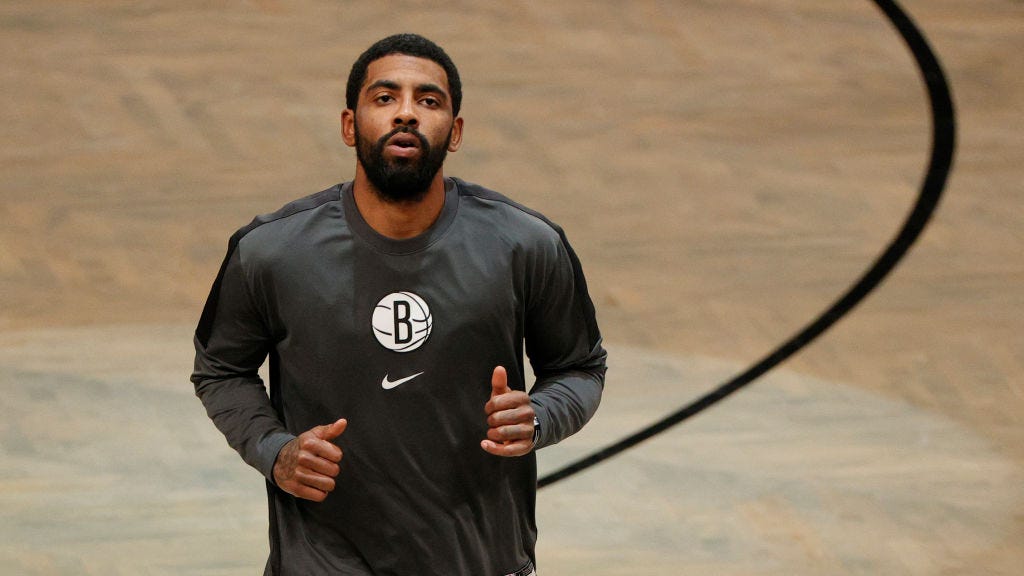 Head coach Steve Nash said that "it's great to have Ky back in the building" and that they're excited to see what the team can do with him on the floor. Since acquiring James Harden, the Nets are 2-0, including an impressive win over the Bucks that felt like a legitimate preview of the Eastern Conference Finals.