As a 21-time Grammy Award winner, Jay-Z has reached a level of fame where even most people who haven't listened to 4:44 could identify him if they were standing in a room next to the rapper.

At a game in the early 2000s - McNabb says it's before Jay-Z was dating Beyoncé - the eventual hip-hop mogul sat in his family's box at a Philadelphia Eagles home game. Presumably, this was after Reasonable Doubt and The Blueprint - his two most critically-acclaimed albums - had dropped, because McNabb said his well-connected brother helped set things up. His father, however, was blissfully unaware of who he was sharing the box at Lincoln Financial Field with.

"I forget who my dad called him - my dad didn't call him Jay-Z, he called him somebody else," McNabb recalled on Pass It Down with Mike and Natalie Silver. "My dad ain't all into hip-hop like that. So, somebody told him 'Hey, that's Jay-Z,' and then my dad called him like Jason or J.D. or something. And everybody kind of looked at my dad, and he was like 'Man, I don't know what your name is, how are you doing, young man? Good to meet you, welcome to the box.' Parents don't give a damn about who is in the box, first of all, you're in their box. First of all, you better be obedient and understand your role in that box. Secondly, you don't say nothing to any of them because they are so in tune to the game, there is no conversation outside of what's happening on the field."

For however the McNabb family and friends may have felt about the patriarch of the family not recognizing one of the most in-demand musical talents at that time, there's a very real chance that Jay-Z himself found it endearing. At the very least, he probably appreciated being able to be treated like a normal person for a brief period of time. 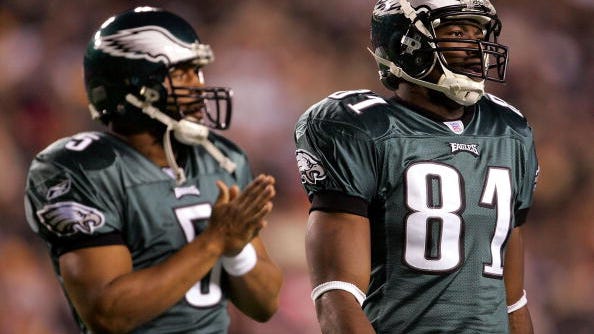