One of the greatest mysteries presented by this 2020 Washington Football Team season surrounds the future of quarterback Dwayne Haskins.

Washington decimated whatever potential trade value Haskins may have had by not only benching him after a Week 4 loss to Baltimore, but demoting him to third string. Haskins hasn't dressed in the three weeks since, letting every other club in the NFL know exactly what Washington's coaching staff thinks of him.

Although overtures were made — via leaks from the team and Haskins' own camp — about a potential Haskins trade, nothing ever came of them. Because after all, teams are looking to add players who can help them win now at the trade deadline. Taking on someone else's project is work left for the offseason.

What comes next for Haskins? With a revolving door of incoming talent from the college ranks, the league moves on quickly from quarterbacks, perhaps quicker than any other position. A QB prospect can go from first-round pick to being pigeonholed as a backup or 'project QB' in the blink of an eye, and once they've been stripped of their label as a potential starter, the gulf between their current lot and opportunity becomes ever-widening. 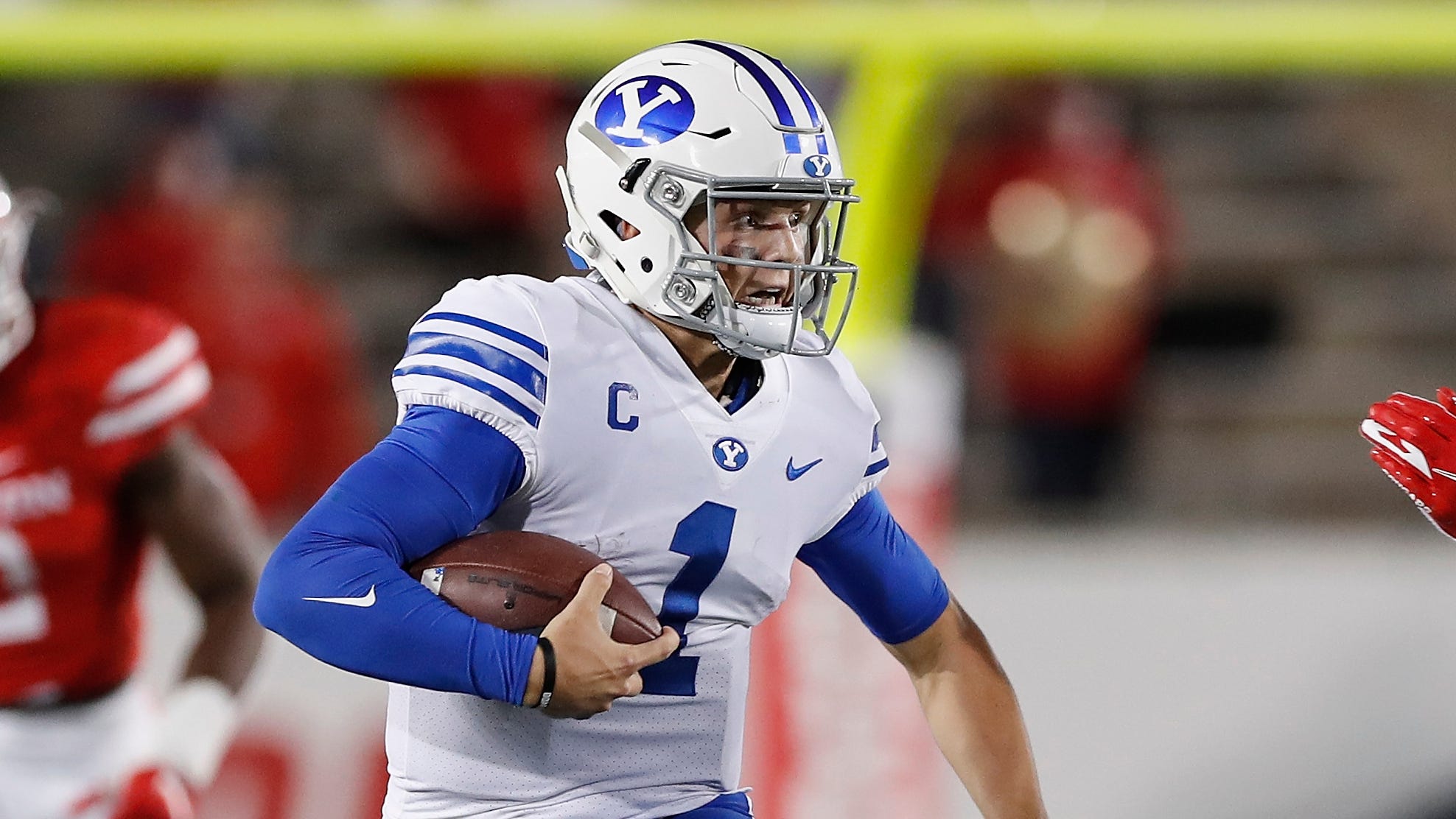 It took 12 starts across parts of three seasons for the Browns to determine it was time to move on from Brady Quinn, the 22nd overall pick in 2007. It was three years and two NFL stops later before Quinn would get another opportunity to start, taking over in Kansas City in 2012, getting the nod — after earning the backup role in training camp — only after starter Matt Cassel went down with an injury. Quinn's eight starts for the Chiefs that season were the last game action he'd see in his NFL career.

Is Haskins, the 15th overall pick in 2019, destined for the same career path after only 11 NFL starts? Quinn, now an NFL analyst for CBS Sports HQ, offered his take Thursday morning on The Sports Junkies.

"How do you see the career of Dwayne Haskins playing out," Junkies host John-Paul Flaim asked. "Do you think the NFL's just done with him as a starter? Like is it over that quickly?"

"I don't know that it's over that quickly," he said. "But there's no doubt, once the guy who drafted you — whether the general manager or the coach — once those guys are no longer there, and you don't have people advocating for you, it's over, man. Like, it's over."

"No one's gonna give you a chance," he said. "You're gonna have to fall into a situation where there's a quarterback competition where, really, you end up getting that job because someone else ahead of you played bad, or someone gets hurt. And, unfortunately, that's now the road he's gotta take and it stinks.

"It's one of my biggest issues with the NFL, is they ruin more careers of quarterbacks because they don't realize that many of these organizations are so poorly run. And it's like, I don't care how talented any of these guys are, it doesn't matter if you don't have an owner that cares and knows what he's doing, or a general manager and a head coach that can be around for a little while so he's got stability, but also can implement a system that plays to his strengths."

"I mean you get some of these coaches who, they don't know how to adapt to the strengths of the player and be flexible to what the player needs," Quinn continued. "And instead, they're just like, 'Well, this is my system. This is what we do. If you don't fit in, I'm gonna bring in my own guy.' That means you're a bad coach, like I'm sorry.

"Like you can be a good play-caller, but that doesn't mean you're a good coach — those are two different things. So it's unfortunate, because the kid's talented. I hope he finds himself somewhere else."

Assuming Washington moves on from Haskins after the season — a big assumption, considering Ron Rivera's recent comments — Quinn sees a few developing situations elsewhere in the league that could afford Haskins a solid opportunity to compete. 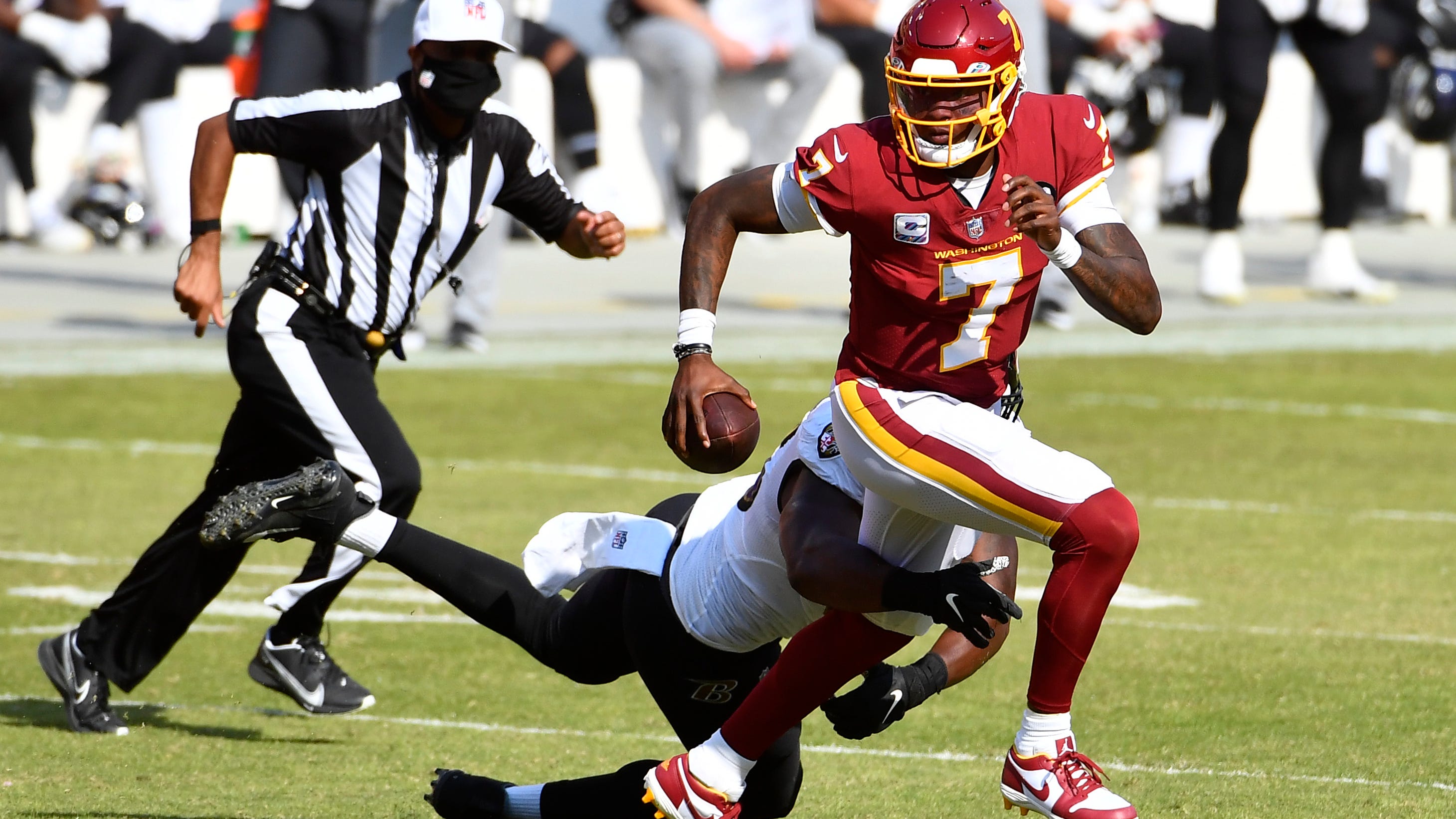 "He would be a guy that I would love to see go to San Francisco, because he's athletic enough to be in Kyle Shanahan's system," he said. "A lot of talk right now about Jimmy Garoppolo, his contract. We don't even know if he's gonna come back this season. He's a guy that should be on a lot of people's radar."

"Or, shoot, send him up to Green Bay as kind of a hedge on if Jordan Love works out or not," he said.

The Packers shocked the NFL by taking Love 26th overall in this year's draft, considering longtime starter Aaron Rodgers is only 36 and is under contract through 2023. Many instantly drew the familiar comparison of when Green Bay drafted Rodgers in the first round of the 2005 draft, when then 36-year-old Brett Favre was still considered the face of the franchise. Quinn doesn't have much confidence that the Love pick will work out so well for the Packers.

"Because I'll tell you this much, I would take Haskins over Jordan Love," he said, "at least from what I saw from Jordan Love's college film."

"So there's a ton of people that I think are gonna want to bring him in, kick the tires on him, make sure they know what they have in him," he said. "Because he can sling it. I mean you guys saw moments of that. If you put him on a better football team, I think he'll have a decent career if he can get his feet underneath him again."