Washington quarterback Dwayne Haskins and Arizona passer Kyler Murray both posted 88.3 pass ratings on Sunday. Yet, Haskins is far behind perhaps the NFL’s Most Valuable Player.

But, maybe not as far back as many may think.

Washington’s 30-15 loss on Sunday wasn’t as bad as it appeared. A few missed chances early would have made it a much tighter game while Arizona converted the closest ever to the upright field goal in league history.

It wasn’t a game where a handful of plays made the difference, but it also wasn’t a butt-kicking. 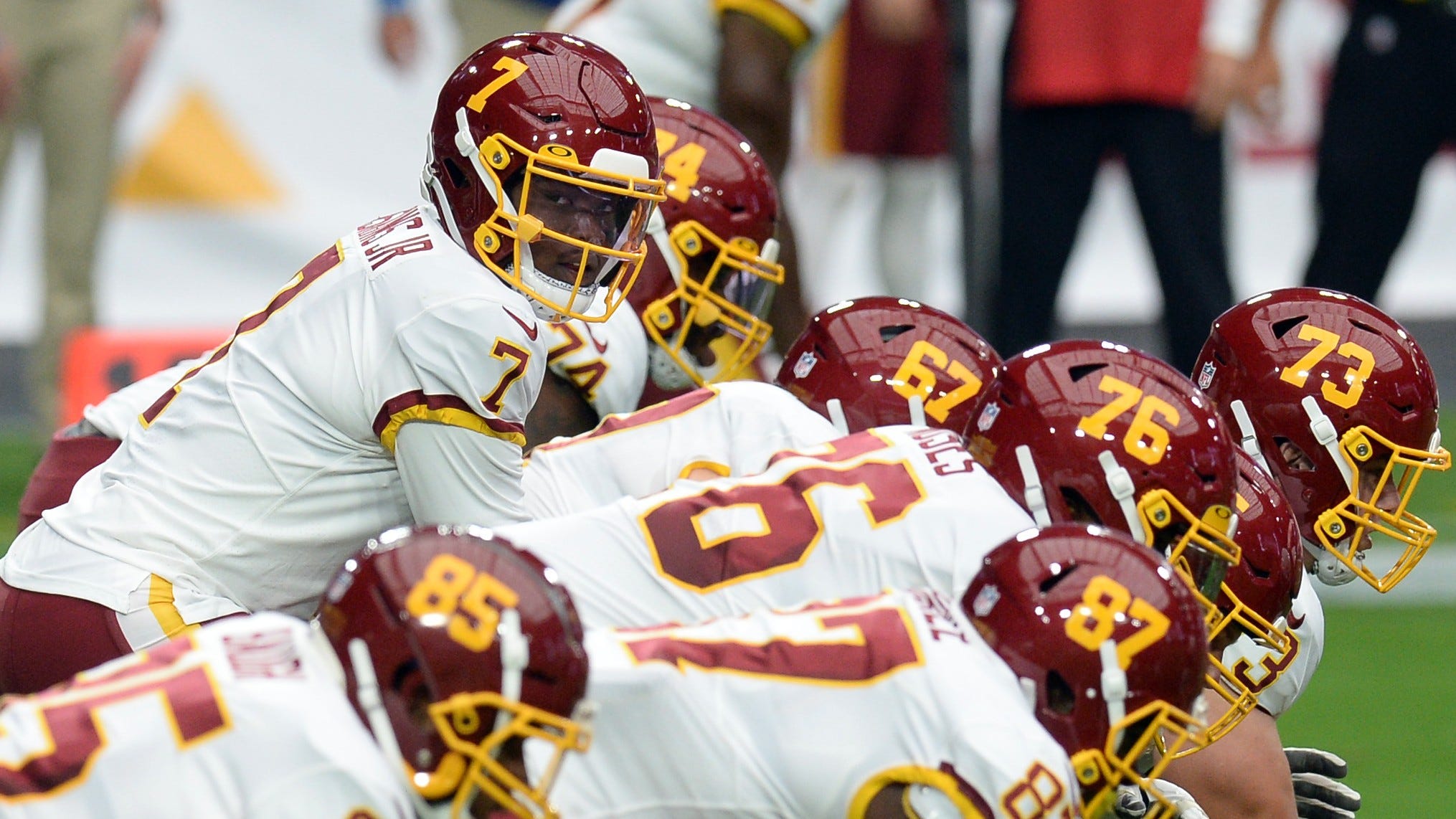 Still no answer to the Haskins question: Is he the guy?

Arizona clearly deserved the victory; the Cardinals are a legit Super Bowl contender largely because of Murray, who scored on two dazzling runs while throwing for a third. Murray is the playmaker and Washington never came close to stopping him.

But, Haskins continues to show a coolness under pressure and plays better in the second half. That’s one thing Washington can’t teach. It can teach Haskins better mechanics so balls don’t sail high, though.

Unfortunately, this offense won’t work effectively until the offensive line plays better. Left tackle Geron Christian was awful, guard Brandon Scherff was uneven before he left the game due to injury, and tackle Morgan Moses commits too many penalties. They are just too inconsistent up front to produce offensively without the defense and special teams setting them up with short fields.

Think Brandon Scherff missed his jump set here, outside hand strikes down the middle of the rusher working outside, which is always an issue for offensive lineman. DT knocks the ball out of Haskins' hand. pic.twitter.com/NvYtrdegdE

Now the receiver corps slightly helped by Terry McLaurin who is the team’s lone playmaker. His 24-yard touchdown reception was mostly after the catch and a real beauty in the red zone. McLaurin caught seven of 10 passes for 125 yards, which is just remarkable given defenses focus on him.

Still, Washington is clearly lacking a dominant second receiver so tight end Logan Thomas gets more chances than he should. Thomas only caught four of 10 passes to him. First, you throw 10 passes to a tight end like Jordan Reed who makes big plays after the catch, not someone who’s still learning the position. Second, Thomas needs to spend more time catching balls after practice because they’re not all hitting him in the hands. 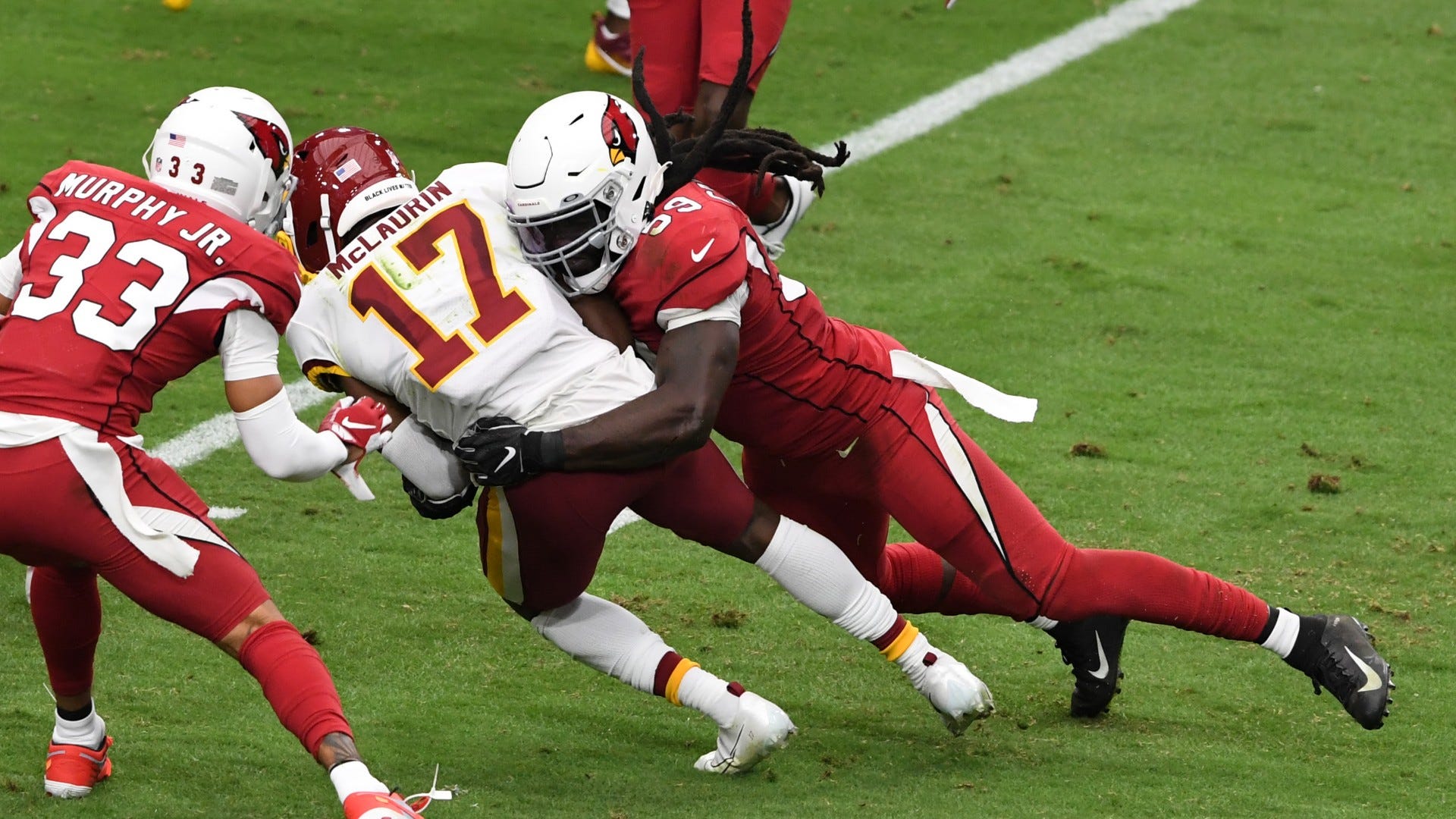 The intriguing part is the running backs. Trailing heavily early in the first two games prevents them from getting many chances. Yet, Antonio Gibson with 55 yards and one touchdown and J.D. McKissic gaining 53 yards on 21 combined chances is a solid number. The problem is it doesn’t quite build momentum like one runner posting the joint numbers.

Quarterbacks are always the lightning rod, but Haskins isn’t the biggest problem facing the offense. Yet, he’s not the solution, either.

Haskins will get better when others around him do, too. Until then, it’s long afternoons of trying to stay close and maybe push through late.