Washington Football Team quarterback Dwayne Haskins made his return to practice Friday in Ashburn after missing at least five days of work with a gastrointestinal issue.

NFL Network's Tom Pelissero reported Haskins would be back at the facility today after being sidelined with an illness.

Washington QB Dwayne Haskins is back in the facility and in meetings today, I’m told.

Media was not at practice Friday due to the weather and the practice being held indoors, but Haskins is in fact in the facility, per The Athletic's Ben Standig.

You're about to see umpteen versions of this tweet. Brace yourself.

Haskins was benched last week in favor of quarterback Kyle Allen, who played well in his limited action against the Rams before exiting in the second quarter after taking a hard hit to his arm. 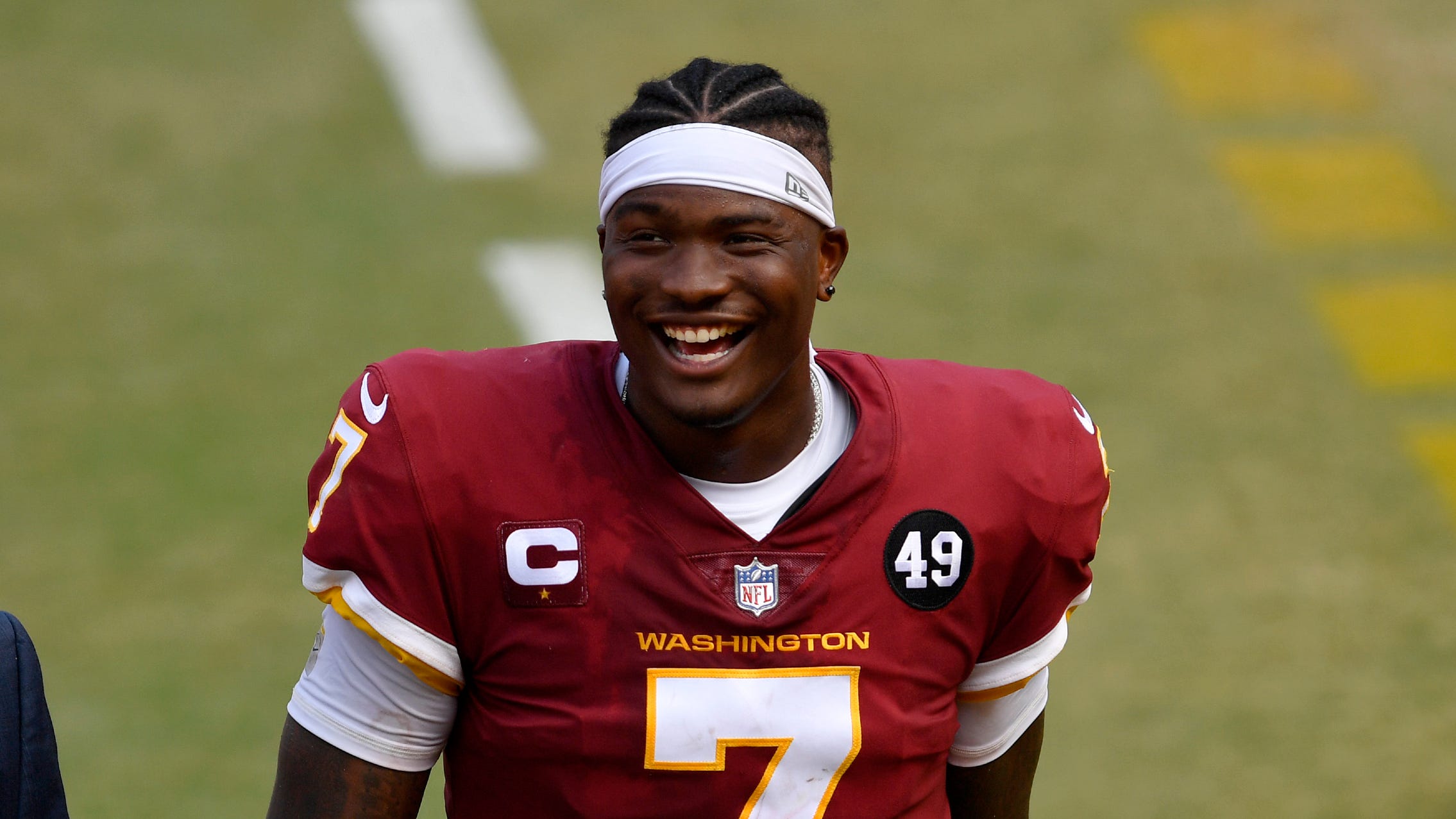 Alex Smith entered the game in his place, Smith's first game since suffering a devastating compound leg fracture nearly two years ago, an injury many believed would be a career-ender.

Kyle Allen was again named the starter for Washington's Week 6 matchup against the winless New York Giants. Smith is expected to serve as his backup, and Haskins is expected to be inactive.