There's been no more definitive sign of Dwayne Haskins' growth this offseason as the second-year quarterback being named a team captain this week.

Haskins answered the call when Ron Rivera, shortly after being hired as head coach, challenged the quarterback to step up as a leader. That resulted in Haskins being named the starter. Now the rest of the team has acknowledged that leadership formally.

It's exactly the type of growth you hope to see in Haskins as he looks to make a huge jump in 2020, two years removed from going 15th overall in the 2019 NFL Draft. 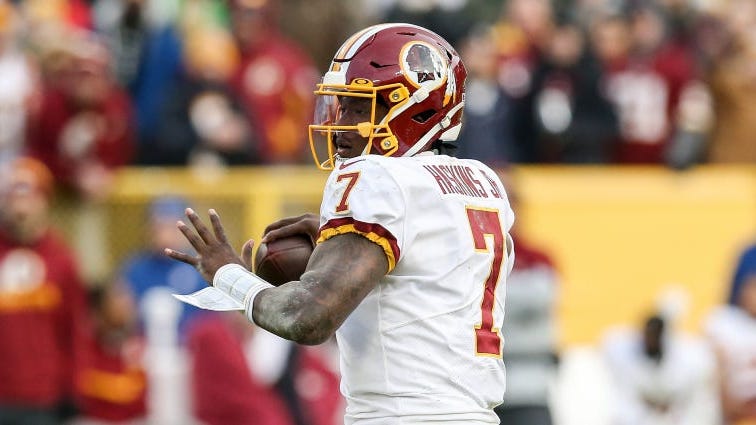 Haskins joins Brandon Scherff, the other team captain on offense, along with Jonathan Allen, Landon Collins and Deshazor Everett.

Now Haskins needs to carry that positive momentum onto the field in Washington's Week 1 game against the Eagles on Sunday.

All I know is put it up and keep on workin’ 😤 #Thankful https://t.co/DoqbBrKEom