There’s one college quarterback that Joe Theismann's absolutely “enamored with,” and it’s not any of the names you’ve typically heard atop the 2021 QB draft class.

“The kid that I’m in love with as a young quarterback is Zach Wilson at BYU,” Theismann told The Sports Junkies on Wednesday. “Oh man, if I get a chance to watch a BYU game and see this kid play…"

Wilson, a three-year starter at Brigham Young, has everything on paper you’d look for in a quarterback and he’s completing passes with pinpoint accuracy.

Through seven games in his junior season, Wilson has thrown for 2,152 yards (74.6 percent) and 19 touchdowns to just two interceptions, for a 198.7 passer rating.

While Wilson doesn’t possess the type of blazing speed that can transform an offense, he is good on his feet, best demonstrated by his 150 rushing yards and seven touchdowns on the ground in 2020.

“He almost looks like he’s as quick as Kyler Murray,” Theismann said. “He’s 6-foot-3, runs very well, tremendous touch on the ball, wonderful pocket presence. And this isn’t just based on one game; this is like three games I’ve watched. I’m enamored with him, let’s put it that way.”

In a draft class with so many skilled passers coming out — with Clemson’s Trevor Lawrence, Ohio State’s Justin Fields, and North Dakota State’s Trey Lance being the consensus top three at the position — a quarterback of Wilson’ caliber could be a steal a little later in the first round.

Although Wilson’s draft stock is quickly rising, Washington may be able to have its cake and eat it, too, if it ends up winning the NFC East, dropping its draft position. 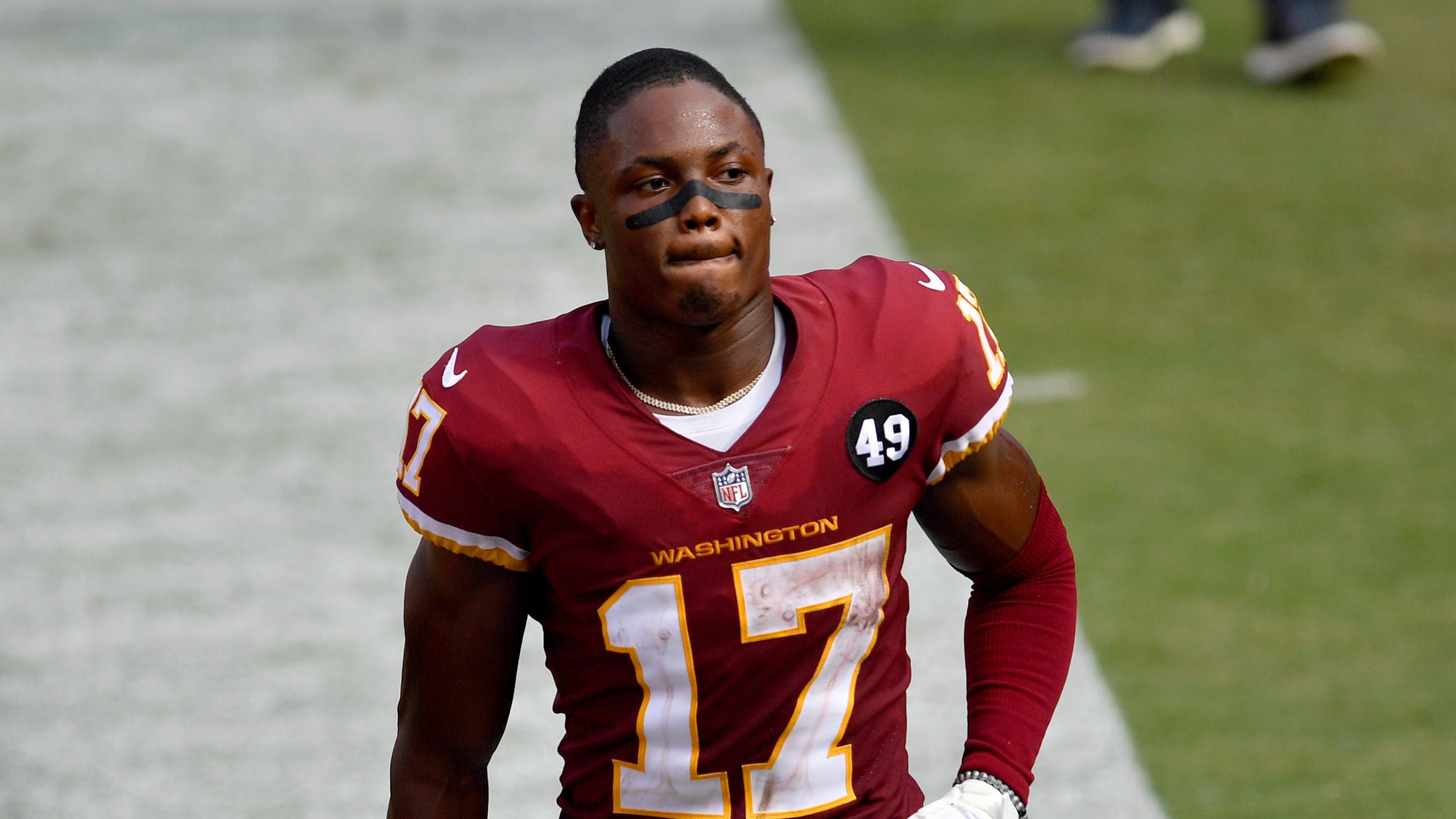