106.7 The Fan's Grant Paulsen and Danny Rouhier couldn't disagree more on how they feel Rivera's staff managed the situation with Haskins, the 15th overall pick in 2019 who was foisted upon a coaching staff that didn't want him, perhaps for the second time now.

"I would have objected, but it's more reasonable than this," he said. "We saw it in Arizona. We saw the Kyler Murray-Josh Rosen situation. People would have cried about fairness. And I would have told you I don't care about fairness, I want Rivera to pick the guy. If he's got to go through this dog and pony show, now you've wasted your 2019 first-round pick, you have no 2020 second-round pick, and you're getting nothing out of either spot and you had an entire offseason to fix something and address it."

"If you're gonna make this move after four weeks, it means you already knew, or had your mind pretty much made up and this just solidified it," he said. "I need my professional talent evaluators to know either before this, or to give a larger sample. This again looks like they had a plan and just scrapped it because something sexier came along." 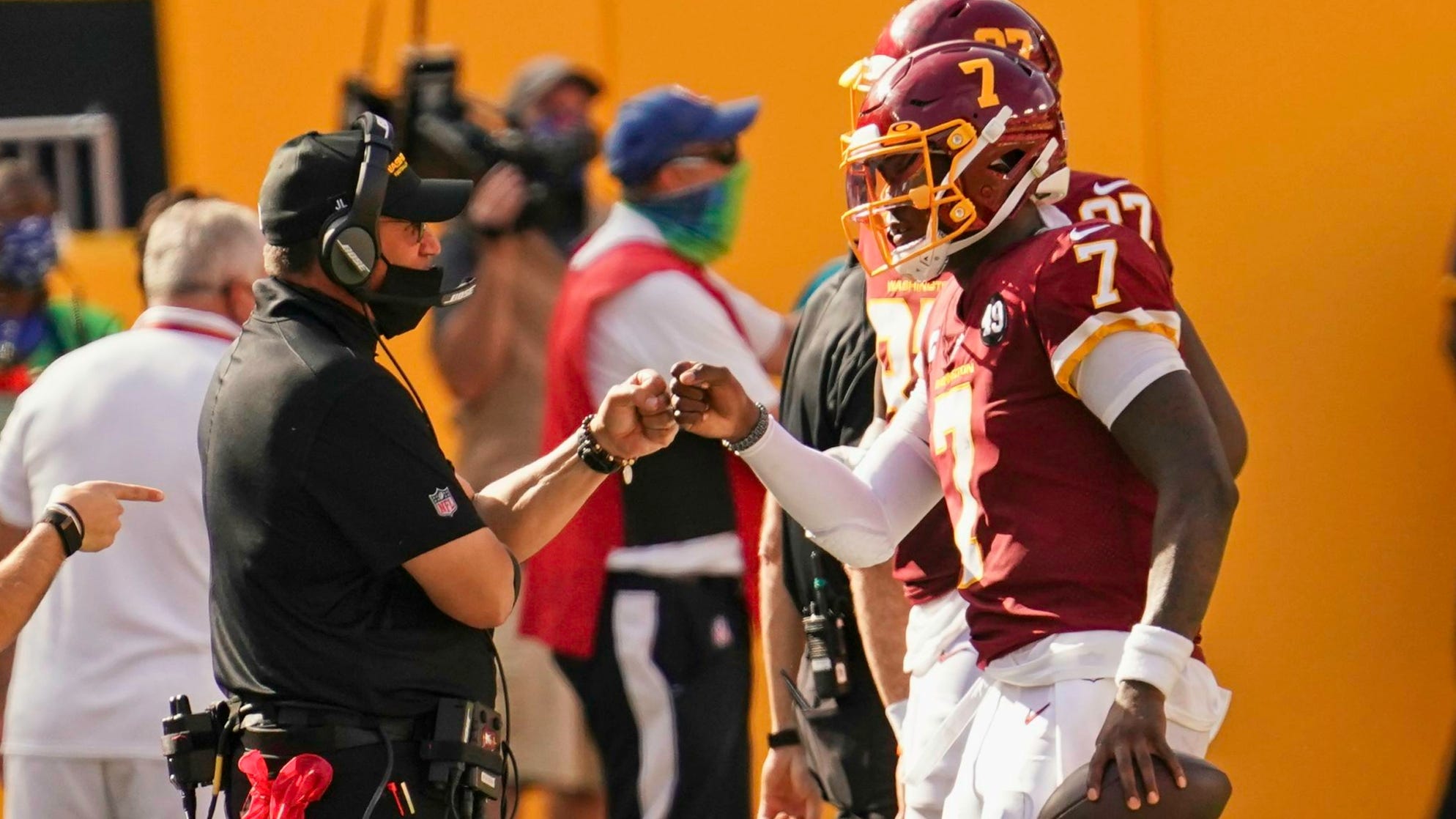 "Number one, I disagree," Paulsen said. "Because, they were not able to evaluate him all offseason. They didn't get to see him. They saw what we did. They saw him studying, they saw him on Instagram working out every day, they saw him dropping 20-plus pounds, they saw him going from being chunky to having abs, and they thought, 'He's working his bleep off.'"

"Also, there is a physical trait here that is elite, that is plus," he continued. "The arm talent, the arm. I think I've seen this a million times in baseball and football. An executive says, 'Wait. That pitcher right there is available? And I know that three other teams have said that they can't make this work — Daniel Cabrera, Henry Rodriguez — but he throws 99 with movement and he's got a good breaking ball? I'll fix him.' How many pitching coaches have thought that?

"So I definitely believe that it would have been nearly impossible for them to know, without having worked with him in their own offense, seen if he can run the stuff they wanted to run, seen what they thought of his work habits."

"Why take someone else's word for it? Particularly Jay Gruden's," he continued. "No disrespect to Jay Gruden, but he didn't like him anyway! I mean, you're gonna ask Jay Gruden, Kevin O'Connell, the people that are still here in the front office who didn't want him drafted, and just take their word for it, when he got shoved on them? No. You're gonna see, can I make this work? Am I able to do this?"

"Then you see," Rouhier said. "And they decided not to see any more after four weeks."

"But it's not four weeks," Paulsen shot back. "It's four games that you've seen."

"Whatever. Twenty-five practices and four games," Rouhier said. "Either you have a process that makes sense, or you do this mish-mash thing, which is what they've always done. This is the same deal that we've dealt with in Washington for decades. There's a reason they haven't won in 30 years, and this is it. They do this."

"It's 75 days' worth of being around him all the time," Paulsen rebutted. "And dozens of practices, and the ability to evaluate him day in and day out, and seeing what is he able to fix, what isn't he able to fix."

"Now, I say all that to say yes, I would have given him more time. Absolutely," he said. "I would have given him more games. I've said that all season long. I'll continue to say that for anybody who's listening. But the idea that they had their mind made up before the season, or they couldn't have changed their mind in four games... you've changed your mind in four games. At the beginning of the season, you were still of the belief that this guy could do it. You're now saying you wouldn't bet a cent that he can." 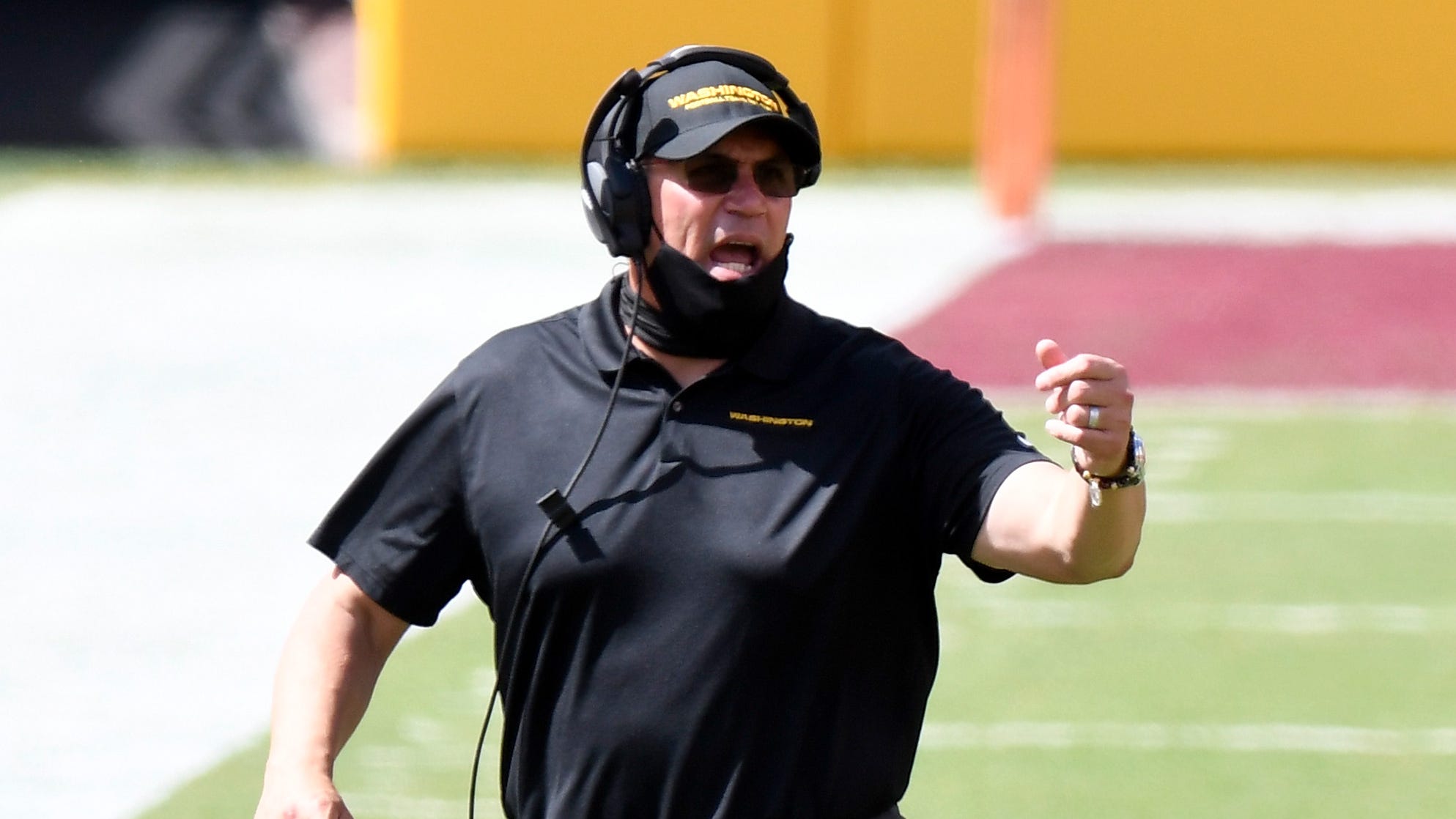 Rouhier: Benching Haskins so soon is 'strike one' for Rivera

news
Which states have the cheapest and most expensive gas in the country?
news
Smaller turkeys expected to be big this Thanksgiving
music
'Full House' cast: Where are they now?
news
Biden outlines his COVID-19 plan: Mask mandate, widespread testing, ample PPE
news
There are many ways to vote in the 2020 election — Learn your options here
news
Can mouthwash protect you from coronavirus?