With Taylor Heinicke returning to Washington on a two-year deal, the quarterback says he's been told he'll be given the opportunity to compete for the starting job.

"I've been told that it's gonna be a competition and I wouldn't have it any other way," Heinicke told The Sports Junkies on Thursday. "I think that's the best way to get the best out of whoever's gonna start, and push each other and see what happens. But again, it's gonna be an exciting time."

Kyle Allen was similarly told he'd have an opportunity to compete when he signed with Washington last March. But when training camp arrived, all the first-string reps went to Dwayne Haskins, a decision head coach Ron Rivera came to regret.

"What I'm saying is I made a mistake and I'm owning up to it," Rivera told 106.7 The Fan's Grant Paulsen and Danny Rouhier two days after their season ended. Rivera admitted his decision-making was swayed by the abnormal offseason, with no OTAs or in-person instruction, and that if he could do it over, he would have spread the reps around more evenly in training camp.

That decision in training camp ultimately imposed chaos on Washington's season when Haskins played his way out of the starting job and injuries took their toll, resulting in four different quarterbacks making starts and none of them, aside from Haskins, with the benefit of having taken a sizable chunk of first-team reps.

"You learn from experience," Rivera told 106.7 The Fan at the time of his mea culpa. "And if I ever get in this situation again, I will look to do it differently."

Time will tell if Rivera, an honest man by all accounts, is true to his word and learns from last season. 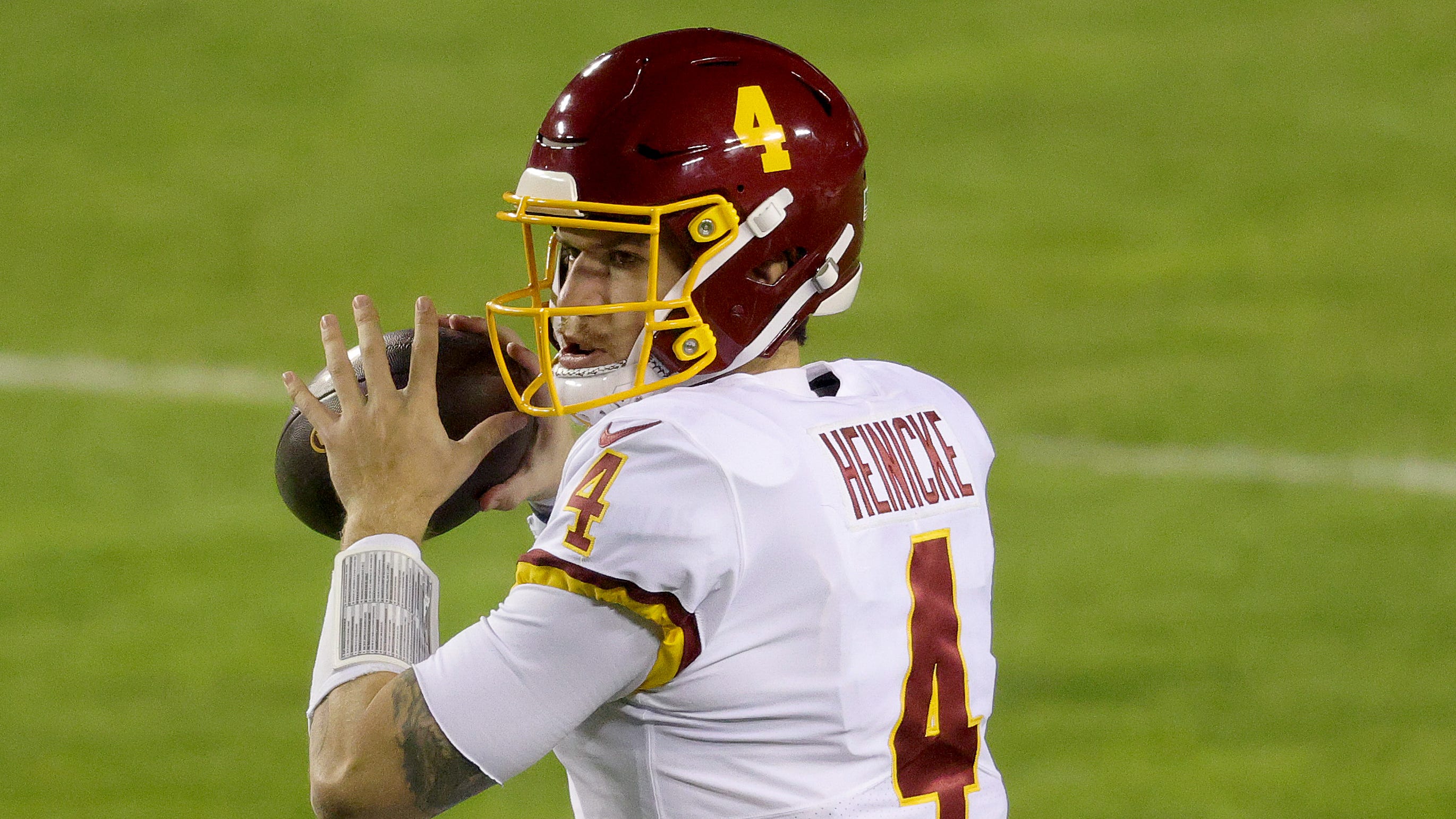 The next Kurt Warner? Washington wants to find out

It's unclear at present time who else will be in Washington's quarterback room come training camp. The Football Team currently has three quarterbacks under contract, one being Steven Montez, who signed with Washington as an undrafted free agent in 2020 and spent his rookie season on the practice squad.

Alex Smith, who made six starts for Washington in 2020, will be 37 at the start of next season and is currently weighing his NFL future. He still has two years remaining on his contract, but with a cap hit of $24.4 million in 2021, it's largely believed he'd have to renegotiate his deal if he wants to return.

Kyle Allen started four games for Washington before suffering a season-ending ankle injury in Week 9. He is young and well liked by the coaching staff and, perhaps most importantly, knows coordinator Scott Turner's complex offense. But he's also an exclusive rights free agent, so it's unclear whether he'll be back.

As for Heinicke, the heavily incentive-laden nature of his contract extension suggests other teams may have had interest in signing him. But he's not saying who, because he doesn't know the answer.

Asked which other teams were poking around, Heinicke said, "I do not know. And I honestly don't want to know. I told my agent I didn't really want to know. I wanted to be back in Washington."

"You didn't want to be teased?" Eric Bickel asked.

"No. I don't even want to think about it," Heinicke said. "Again, I wanted to be in Washington and, again, like God forbid that wouldn't have happened; then we would have explored our options. But Washington was the first choice for sure." 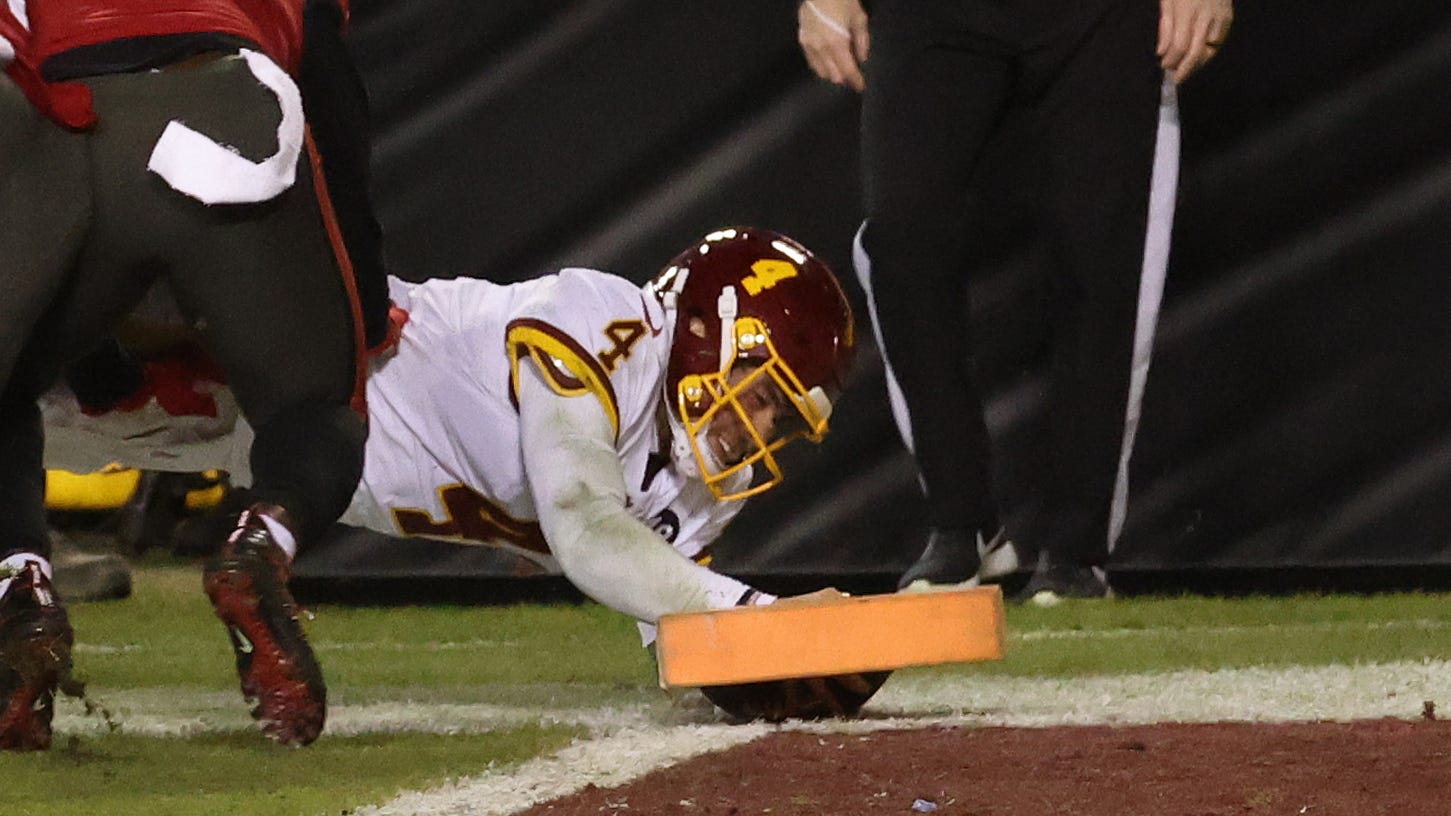