If Saturday night’s Wild Card round game against Tampa Bay was an audition to determine if Taylor Heinicke to be considered an NFL quarterback, he passed it with flying colors.

Of course, with Washington eliminated from the playoffs and Heinicke soon to be a restricted free agent, he could be playing that role for somebody else next season.

But if it were up to his teammates, Washington’s decision is a pretty simple one to make: re-sign Heinicke.

“I take number four on my team any day of the week, twice on Sunday,” wide receiver Terry McLaurin said after the game. “I hope we're teammates in the future and I'm just proud of the way he gave us a chance to compete today.” 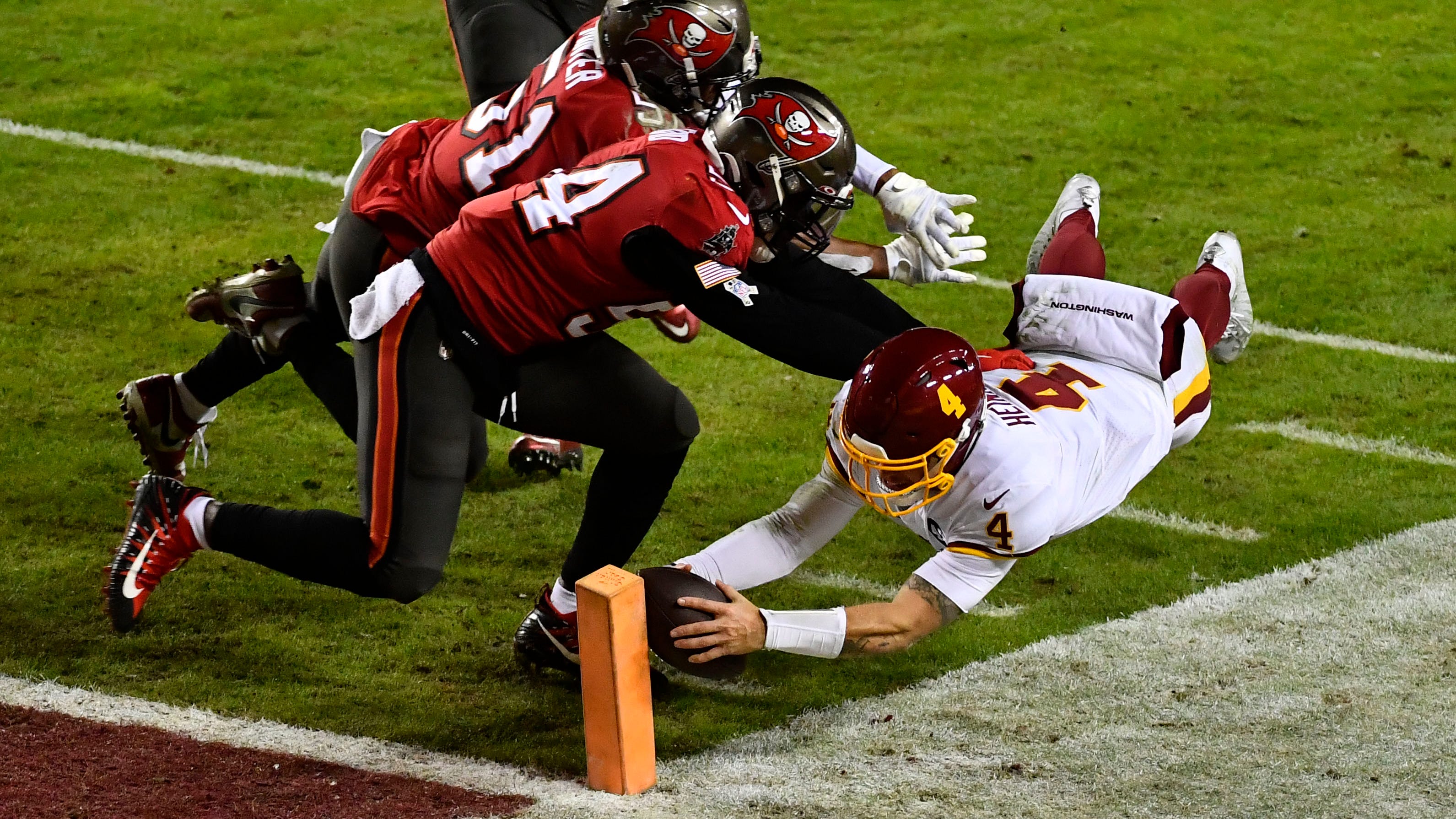 Heinicke tells The Junkies he wants one more shot in Washington

“When he came in against Carolina and came in and drove the ball down the field, it’s something that you just can’t teach,” Moses said Saturday. “He has that ‘it’ factor. You can’t teach that.”

McLaurin added, “He's a baller and he has a heart of a lion.”

“He's a man of few words, but his actions speaks volumes,” McLaurin said. “He was one of our leaders today out there on the field.”

In addition to earning his teammates respect with his playmaking ability on the field Saturday night, Heinicke impressed them with his work during the week before his playoff heroics.

“The way he came in and handled his business on a moment’s notice when we found out that Alex wasn't going to be able to go, he was just prepared for his moment,” McLaurin told the media. “That’s what this league is about, being prepared for your moment. He was going through some things out there, got banged up a little bit, but you weren't gonna take him out of that game.”

Preparation was an issue with Dwayne Haskins, who Heinike replaced in the 4th quarter of the Week 16 game against the Carolina Panthers. Haskins was released by Washington the following day. 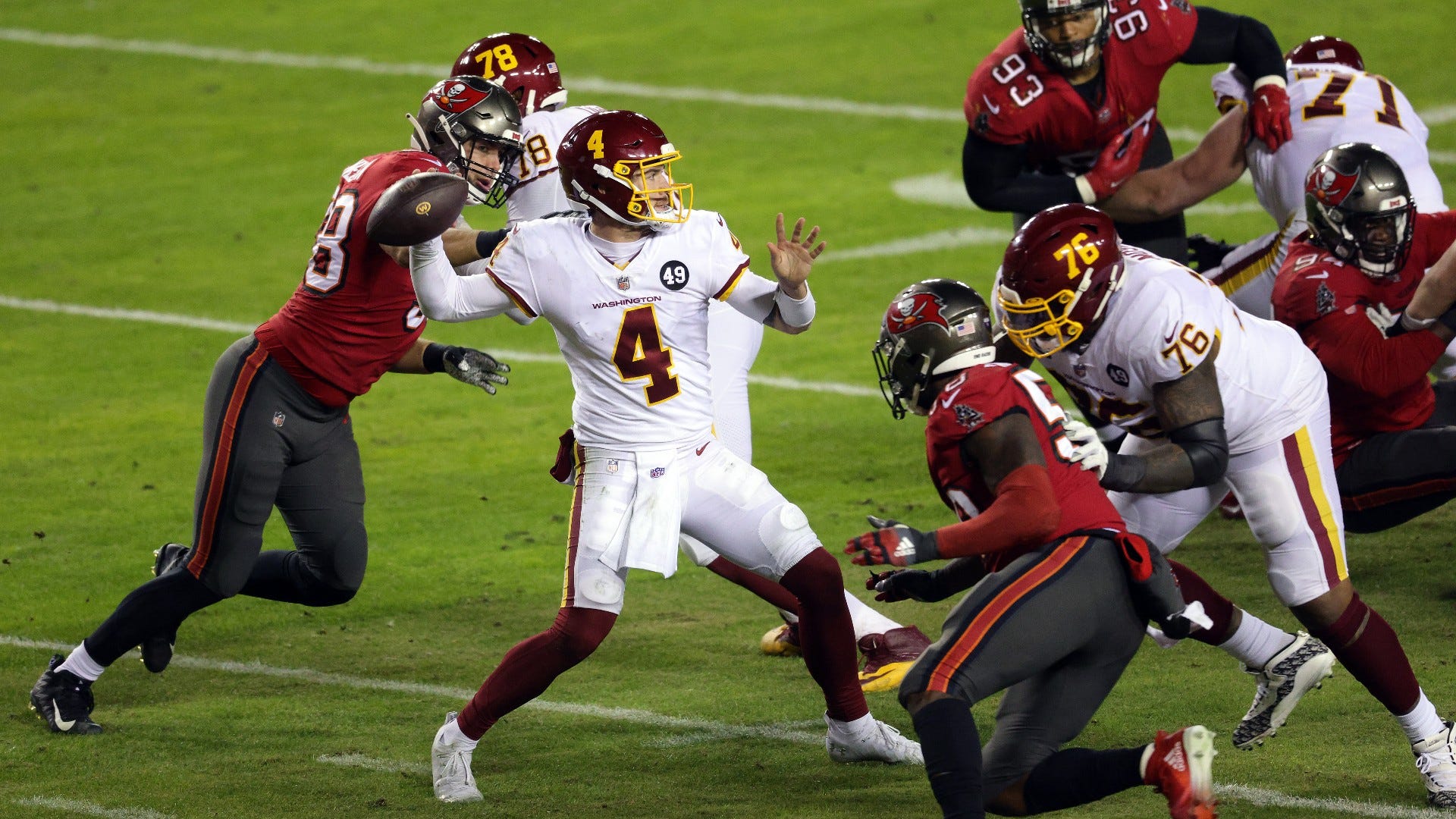 “It’s just the way he carries himself in the facility and in the building. He’s a true pro,” Moses told the media.

“I can’t tell you why he was on the street before we picked him up because, obviously, you see him out there playing today, he has every quality of a football player that you want. I’m just glad we got him.”

“When he first got here about a month or so ago, I didn't really know too much about him,” McLaurin added. “I knew he was a guy who had some potential. The first time I even caught a pass from him was last week, but he gained my respect. I have nothing but respect for number four.”

The last mark of a good quarterback: Toughness.

“That dude plays with no fear,” McLaurin said.

“And he's going to give his playmakers a chance to make plays. He's going to extend plays, run and take hits. He's gonna do everything you asked for a quarterback to do in this league.”

The team with no name and no stability at quarterback may have solved one of those problems already. 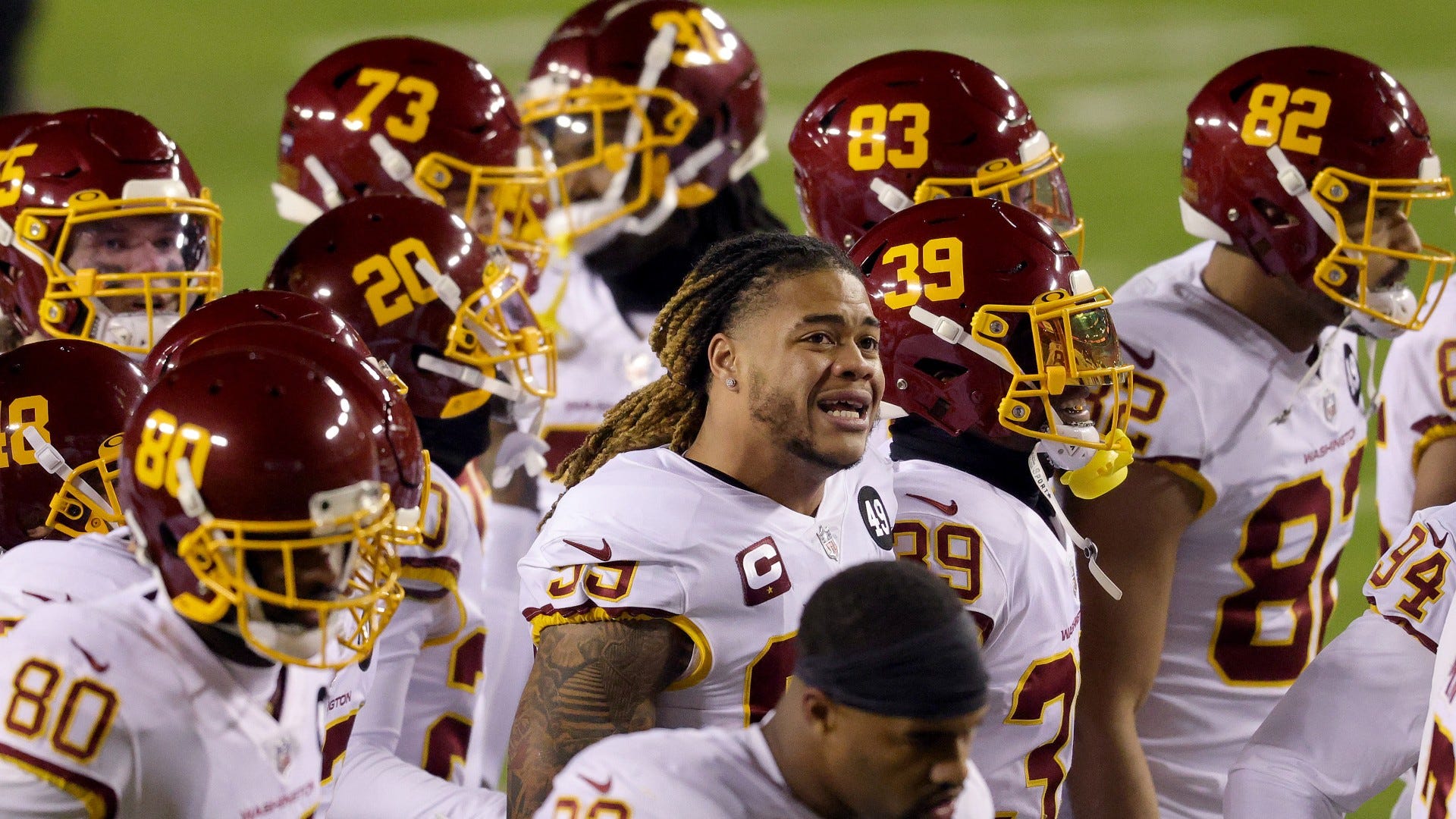 Tinsman: Time for a sober look at Washington Football 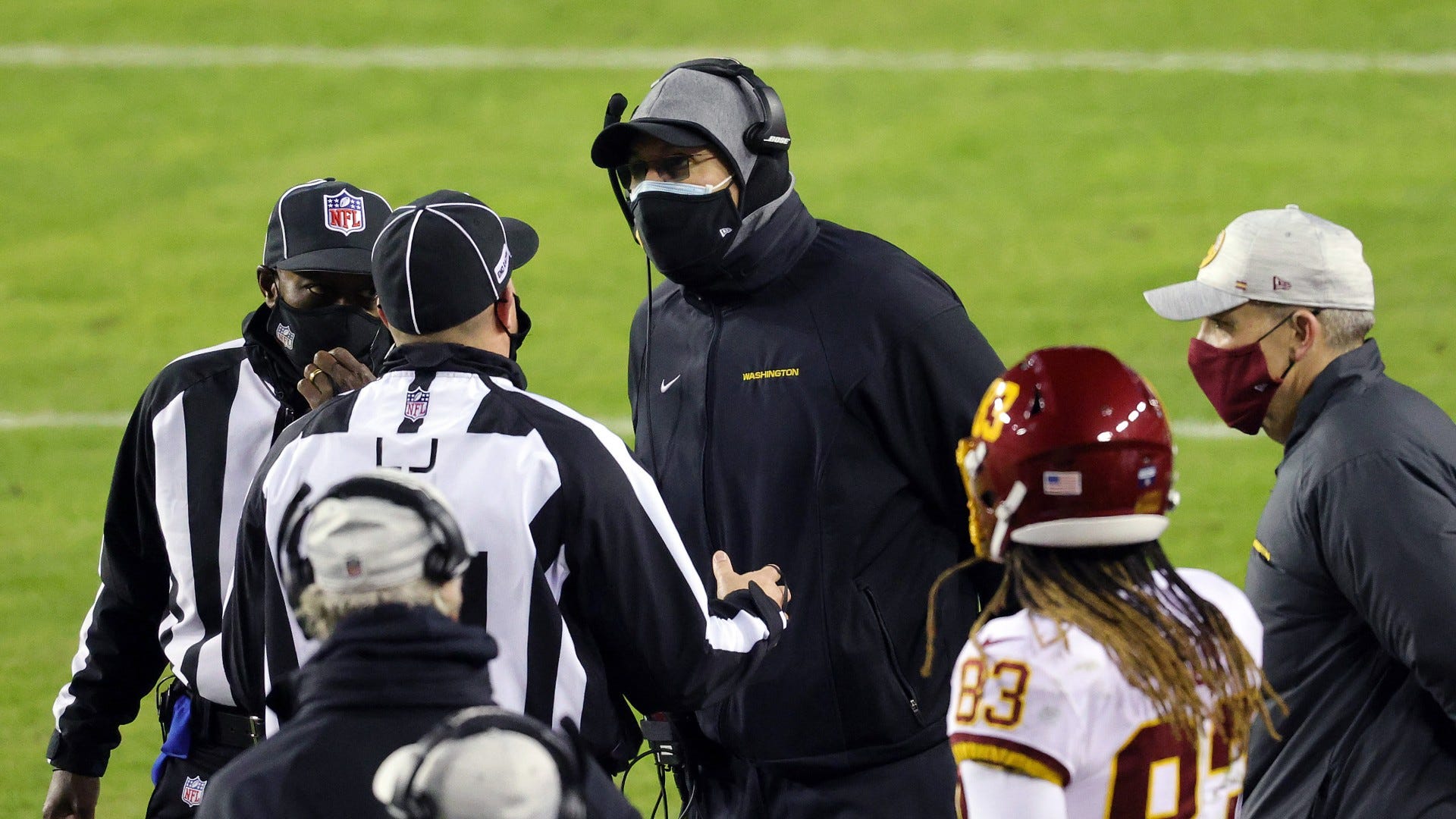