Seventy-five players were selected ahead of Terry McLaurin in the 2019 NFL Draft, including 11 wide receivers. On Sunday, he showed again he was a steal.

The second-year man out of Ohio State went for 125 yards on seven receptions with a touchdown in a losing effort against the Arizona Cardinals. Washington fell 30-15 and 1-1 on the season.

McLaurin got his fourth career 100 yard receiving day and got his eighth career touchdown in the 4th quarter.

Touchdown Terry McLaurin! Takes the slant to the house. Two-point conversion is no good, makes it 27-9 game in the 4th. #WashingtonFootball pic.twitter.com/DSBrBIxDID

Scott Turner switches to quick game stuff that got Haskins comfortable last week. This would be called "X Hole Spacing" in a west coast scheme. Hits McLaurin, who turns it into a big gain. pic.twitter.com/kDzQZjghpI

Then run another quick game concept with McLaurin catching a slant for 9 yards. pic.twitter.com/3K8BFJU7p2

McLaurin accounted for 56 percent of Dwayne Haskins 223 passing yards and was targeted 10 times out of 33 attempts. 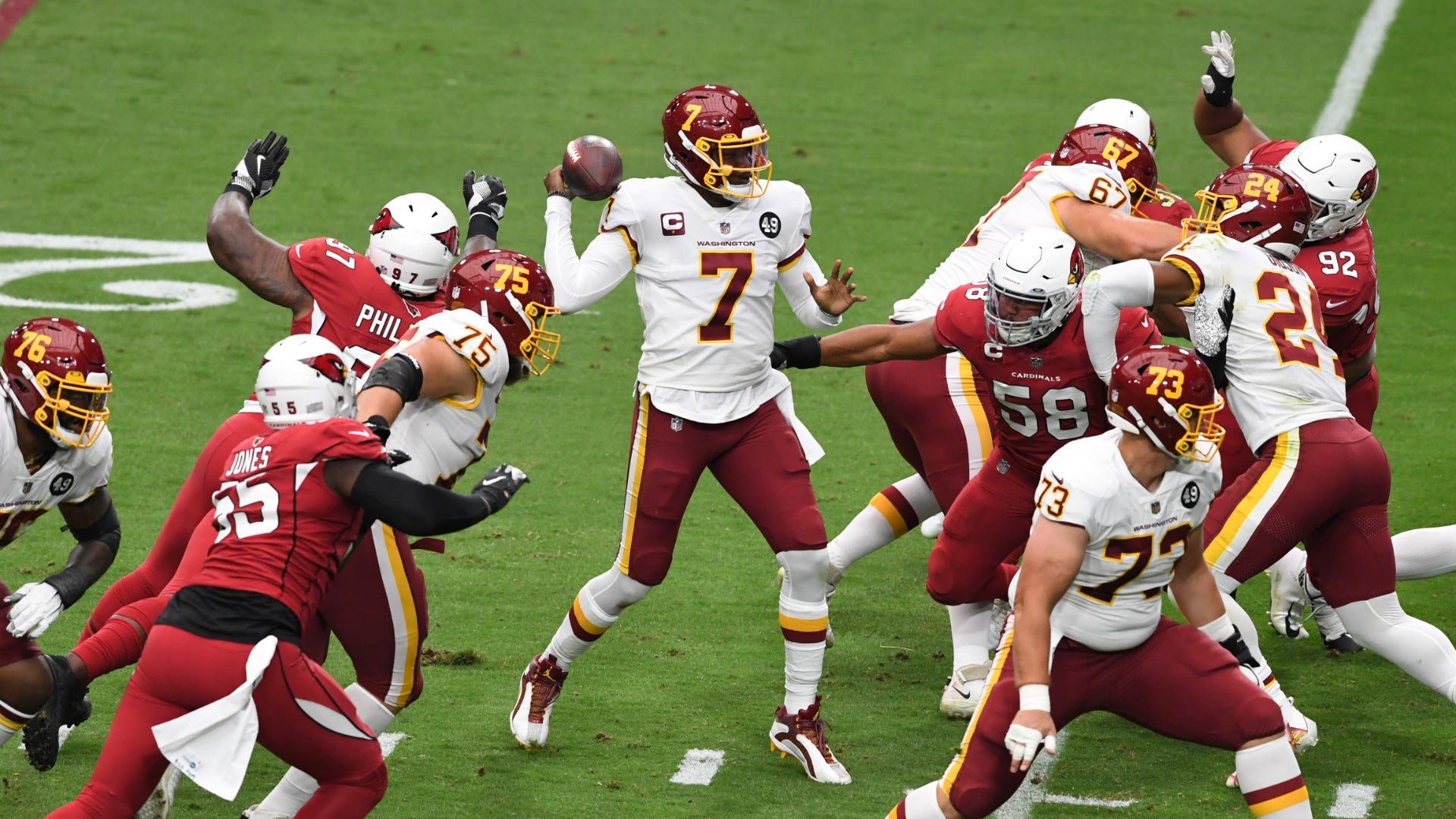 And if that slant looked familiar, here’s another look at touchdown.

Terry McLaurin just takes off after catching this slant, Runs around the FS like he's not even there. TD pic.twitter.com/mRYYGU74Qu

McLaurin has appeared to be the one true offensive game-breaker for Washington on offense during his time in the NFL.

However he was all alone. Haskins and the offense were held scoreless in the first half and failed to get into the game until they were behind three touchdowns. Washington scored two touchdowns in the fourth quarter, but were never closer than 27-15.

Today marks Terry McLaurin's fourth 100-yard game in 17 career contests. He has tied his career-high in catches (7) and he's 6 yards from a record in that category as well. #WashingtonFootball