The team arranged for around 400 cardboard cutouts of his friends, family, former players, and coaches and staff he has worked with during his NFL career.

"When (cancer) touches you, it's overwhelming," Rivera said Sunday. "But then when you see things like this and the people that support you, the notes I've got, the letters I've gotten from friends and people I consider friends, it’s tremendous. It really just shows you that you’re really not doing this by yourself, there’s a whole bunch of people helping you to do this.

“And, I also think it also speaks to the value and the need of proper medical (coverage) for our country, I really do. And going through the things I’m going through and seeing what these things cost, you just hope that everybody’s protected and covered.” 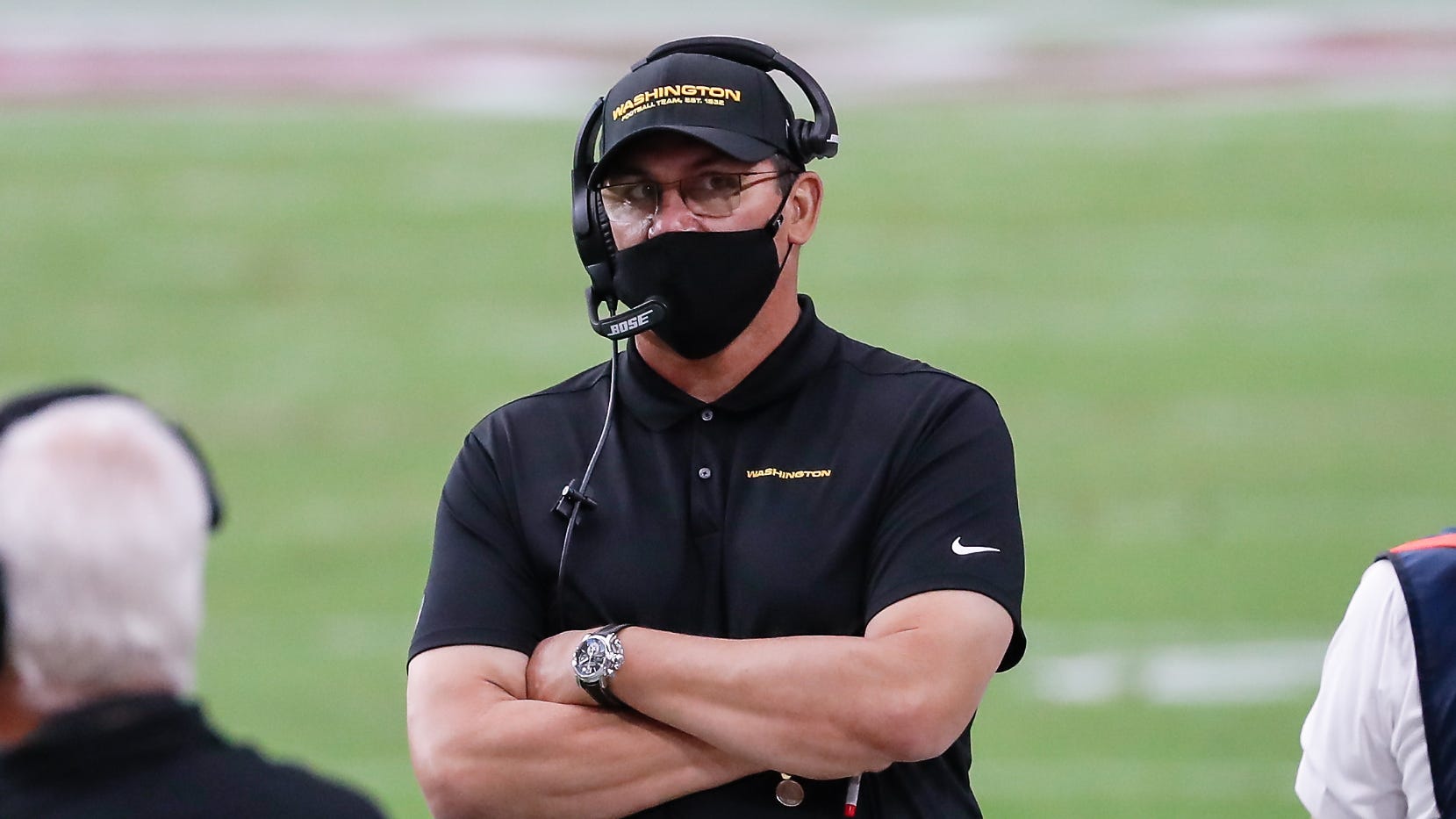 The proceeds from the cutouts, purchased in support of Rivera by the organization’s charitable foundation, will benefit the American Cancer Society. And at a cost $49, (the number worn by former Washington Football standout Bobby Mitchell who did a great deal of work with the ACS) will mean a $30,000 donation.

Rivera announced a diagnosis of Squamous cell cancer — located in his lymph node — before the start of the season, his first in Washington. The head coach has been undergoing regular treatment during the season. Rivera missed practice Wednesday due to cancer treatment.

Thank you to everyone that sent their cut outs for Coach’s Corner 🙏 #RiveraStrong pic.twitter.com/2gNv2VYhht

Ron Rivera sits in front of cardboard cutouts purchased for this game. Thanks to these plus other donations team will donate around 30k today in his name to the American Cancer Society. The price of the cutouts? $49. That’s Bobby Mitchell’s old number. Did a LOT of work for ACS pic.twitter.com/wSDZDnXYpy

For warmups players and team staff are wearing shirts that read “Rivera Strong.”

The shirts players and coaches have on during warmups. pic.twitter.com/bBnfrpuu8Q