No one single decision in a 60-minute game or one person in a team sport like football can lose the game.

But one decision and one person can win it.

And while the Washington Football Team’s defense racked up eight sacks and forced three turnovers, the biggest moment of the Week 1 game against Philadelphia came on offense.

With 7:26 remaining in the 4th quarter and the score tied at 17, Ron Rivera faced his first major decision as Washington head coach: Go for it on fourth-and-one from the Eagles' 4 or kick a 21-yard field goal and take a slim lead?

After burning his second timeout, Rivera kept his offense on the field.

"I did that to show the guys I really believe in them," Rivera said after the game. "My first couple years as a head coach, I made that mistake, not showing the team early enough that I believed in them and it took a little bit longer.

"I want these guys to know that I believe in them and I believe we could get that first down and they did. It was a heck of an effort." 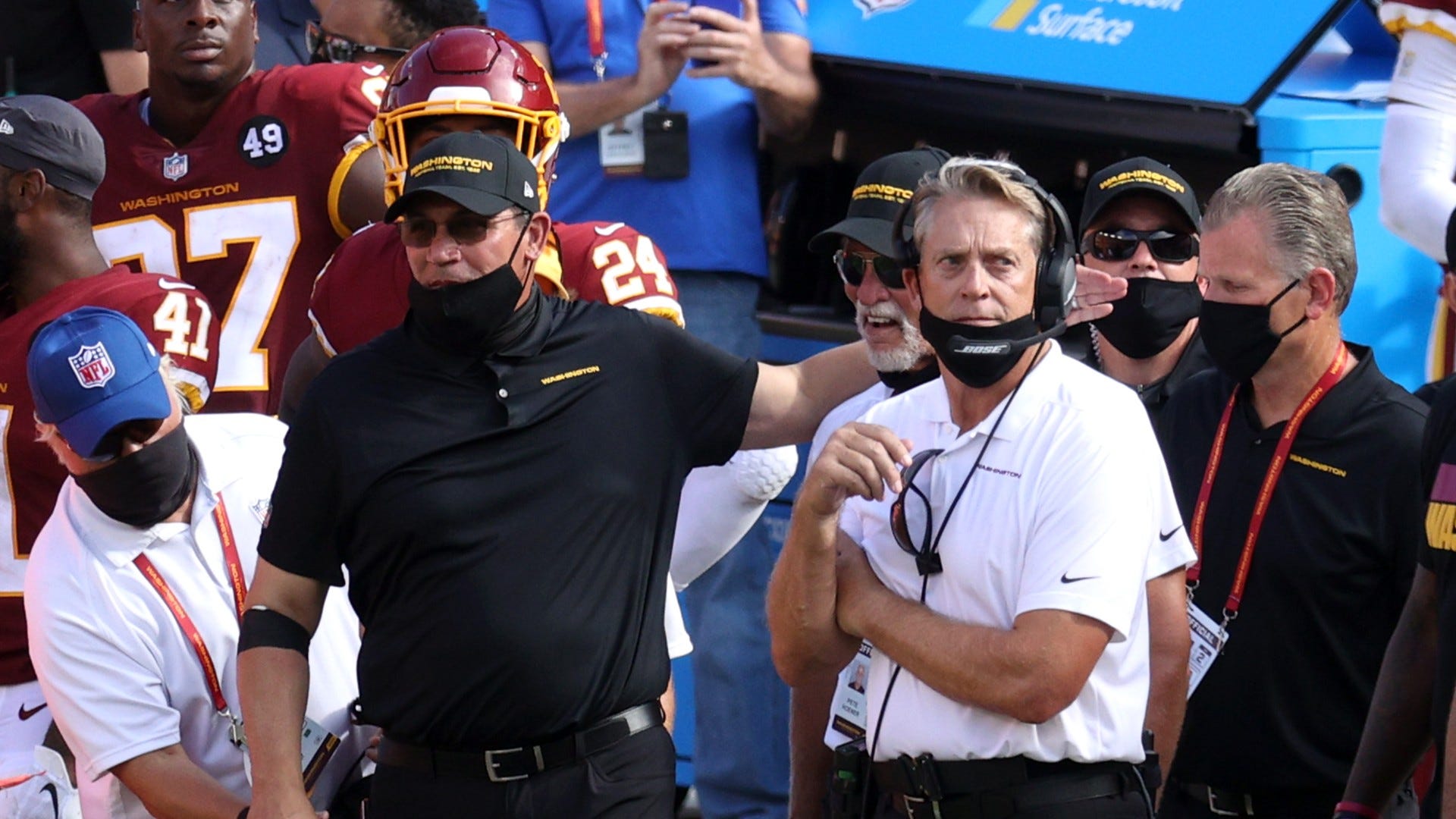 The result? A one-yard gain and a first down. Two plays later Washington had their first lead of the day at 24-17.

While fourth-and-one is an easy go-for-it decision when it comes to the math, some coaches still get conservative to their team’s detriment. Even in this the situation Rivera faced Sunday when going for it carries an expected points value greater than three, some coaches hesitate and pass up a golden opportunity.

"I hesitated for a second about the field goal, but I said, 'Hey forget it,'" Rivera added. "We didn’t come here to tie, we came here to win a football game. That was my attitude going off those two decisions that I made."

The correct analytics-based and gut-instinct based decision paid off.