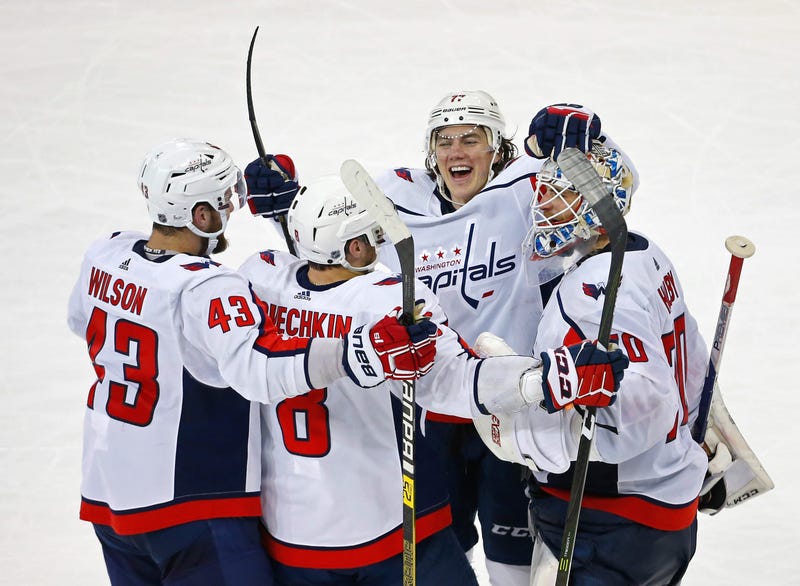 The Capitals are heating up at the right time, winners of four straight with just 16 games left in the regular season.
Head coach Todd Reirden says he's been impressed with how his team has played since the All-Star break, the reigning Stanley Cup champs pulling into a virtual tie for first place in the Metropolitan Division with Barry Trotz's Islanders.
"Since the break, for the most part a lot of our guys have been really trending in the right direction," Reirden told The Sports Junkies Wednesday. "As we move forward here, the most important thing right now is to get some wins with how tight it is in the Metro."

Reirden expects to limit some veterans' minutes heading into the postseason, but made it clear he won't sacrifice seeding to give players rest.

"Those conversations go from everyone on our lineup, from Alex Ovechkin and then all the way down to the other end of the ice with Braden Holtby and how much are we using him as we keep going," he said. "Constant discussion, something we've already been discussing yesterday, today, our plan moving forward after today."

"It's important to keep everyone fresh and energetic going into the playoffs, but at the same time, we've got to do what's right for trying to secure our spot here."

The Caps made several additions at the trade deadline, acquiring left winger Carl Hagelin from the Kings and defenseman Nick Jensen from the Red Wings. Reirden says both players have already had positive impacts in Washington.

"Absolutely, they have improved the team," Reirden told the Junkies. "Feel really fortunate to have gotten both of these players. The speed that both players play with, they're both excellent skaters."

Obviously, Hagelin you see a lot more being a forward. But he's able to really create offense through his skating and play really good defense because of his skating. He's able to take away so much time and space from opponents and disrupt."

"He puts the opposition on their heels, because if he gets one step on you, there's a good chance he's getting a breakaway."

"Nick Jensen is a guy that really can skate, he's today's defenseman in terms of being able to move, and his skating is at an above-average level for sure," Reirden continued.

"Two days ago we practiced, and just the speed that they do everything, it forces everybody else's pace to increase at practice. So now, it's making everybody better. It's been a great add for us, and hoping to continue that tonight here in Philly."