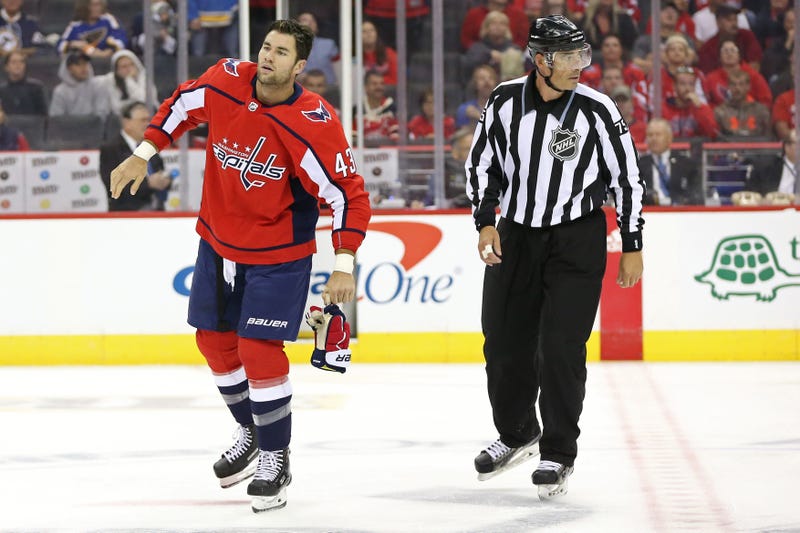 Wilson was ejected from the Caps' preseason finale on Sunday after lowering the boom on Sundqvist. He has an in-person hearing with the NHL's Department of Player Safety in New York on Wednesday.
"I'm not one really to say a whole lot on it, but I heard that the guy he hit has no concussion and he has a separated shoulder," Stephenson told The Junkies on The Morning Skate, presented by D.C. Lottery. "So I think that's just a hockey hit. Shoulder on shoulder."

"They don't want you going at the head, just to protect the players. Hitting high or anything like that," he said. "Keep your hands down, elbows, things like that. But, I mean, that helps Tom's cause a whole lot I think that he has no concussion and that it is his shoulder. But we still gotta wait to see, and yeah, it's a tough one to lose him. He's a huge part of our team."

Wilson has a reputation around the league that he can't avoid. Penguins captain Sidney Crosby took a moment to address Wilson, saying, "There's really no reason to continue to hit like that."
But it's Wilson's reputation with the league that could bring him trouble. He's a repeat offender, something the department of safety takes into account when meting out punishment.

If Wilson receives any suspension at all, it could be substantial.