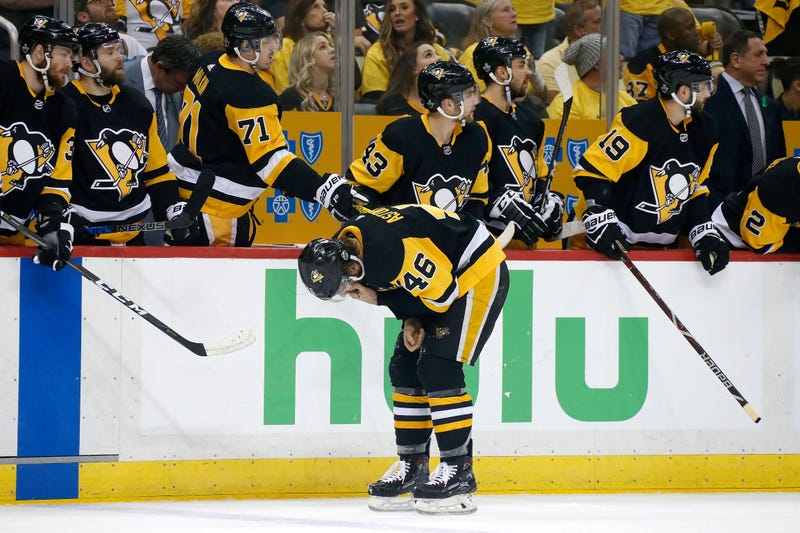 The NHL Department of Player Safety has issued a three-game suspension for Caps winger Tom Wilson.

Wednesday's decision is the result of what the league is calling an "illegal check to the head" of Penguins' forward Zach Aston-Reese, which occurred midway through the second period of Game 3 on Tuesday. Aston-Reese left the game bleeding, and suffered a broken jaw and concussion, according to Penguins head coach Mike Sullivan. He would not return to the game.

Two components weighed heavily in the league's decision to suspend Wilson for three games: 1) Aston-Reese's head was the main point of contact; 2) such contact to the head was avoidable.

Wilson "pivots to deliver the check with his left shoulder, then elevates up and into the hit, making the head the main point of contact and causing an injury," says an NHL official in the accompanying video explaining the punishment. "This is an illegal check to the head."

Wilson did not leave his feet before the point of contact and no penalty was called on the ice.

The hit resulting in injury was a factor in determining the punishment. Wilson being a repeat offender also contributed to the severity of the suspension.