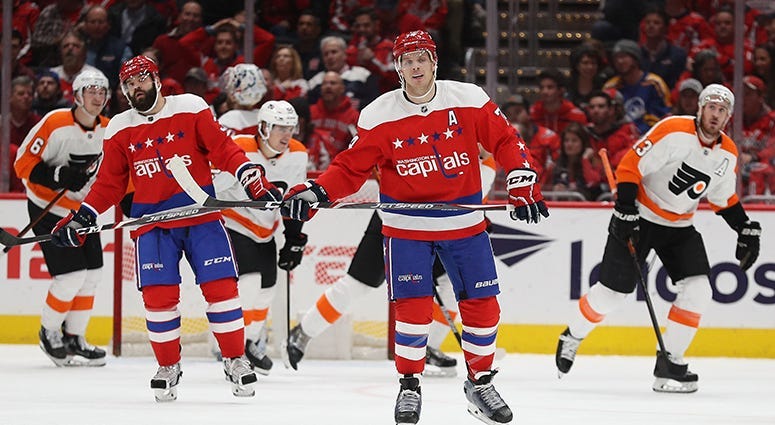 Todd Reirden has repeatedly called his Capitals a 'work in progress,' but to an outside observer, it's not always clear what a general statement like that means.

Capitals defenseman John Carlson – during his weekly 106.7 The Fan appearance presented by The Purple Heart – helped explain what amounts to a multifaceted approach by the team to rework their game in season.

"I think in our defensive zone was probably the beginning of it," he told Chad Dukes. "And it evolves and things change and it's always a moving target in a sport like hockey with what can happen out there."

"For us, it was kind of collapsing back lower in our defensive zone to help with slot plays, to help with cross-ice plays and go from there," Carlson said. "And I think we've done a good job of getting everyone back there and now we're kind of in that next phase of trying to find the best outs, when a forward or defenseman creates separation in the corners with the puck."

"We've obviously been harping a lot on bringing everyone back, so your outs as a puck-carrier are gonna be a little bit different," he said. "And getting used to that and kind of evolving from there. So you take what the biggest focus is and then all these other little things have to change because of it."

"That's kind of where we're at right now and I think we're moving in the right direction," he said. "It certainly feels a lot better on the ice with all of us. But it's just little things like that where you're always trying to find ways to get better, and certainly that was lacking in our little slump there. Address it, work on it and get as best out of each other as we can."