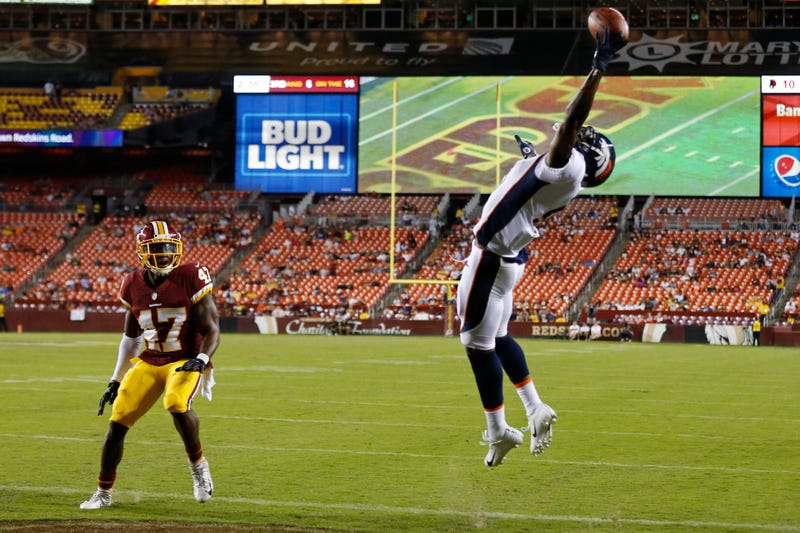 The NFL has been beating this drum for some time, but the drum beats have grown louder to lengthen the regular season and shorten the preseason by two games.

In Dallas owner Jerry Jones' ideal world, the NFL would play an 18-game season preceded by a truncated two-game preseason, which Jones says – without much science to support the claim – would ultimately lead to a "safer game" for players.

And then there's this tidbit, from Chris Russell quoting a league source, on how NFL executives value regular season games over the preseason.

"I talk regularly to a longtime NFL executive who is not short on opinions and who knows the organization very, very well," Russell told Chad Dukes of 106.7 The Fan. "And he just tells me all the time that I'm wrong on this. He thinks I am completely out of my mind."

"He says preseason is overrated," he said. "You guys are wasting your time. Practice and prep is what it's all about, keeping guys healthy, seeing young players and getting backups ready to play.

"And I said, 'How do you get these guys ready?' He goes, 'Look. In the NFL, the mentality is, the first two or three games – teams will never admit this, but they view those games, essentially, as their real preseason games. They view those games as essentially the tune-up games for the quote, unquote, 'real season,' which they view as like a 12- or 13-, or maybe a 14-game snapshot, as opposed to 16 games.'"

If this is how the majority of NFL execs really feel about preseason games, the logical follow-up question is why do they keep wasting our time with preseason?

The answer begets the longest-running battle between the league and the NFLPA outside of profit splits, why we've been stuck with this useless four-game appetizer for years.

Each club wants the haul from the two extra home games per year, hence the two-on-the-road, two-at-home format of the preseason. They also want to extend the regular season, because meaningful games draw more fans. This is why the NFL only deals in even numbers: so no team suffers greater sacrifice than the next.

But players don't want to concede two extra regular-season games, and the added injury risk that goes with it, for free. And yet, with each year, the sample size of how garbage preseason is only grows. The NFL and its players are cratering towards an impasse that likely won't get settled without a work stoppage.