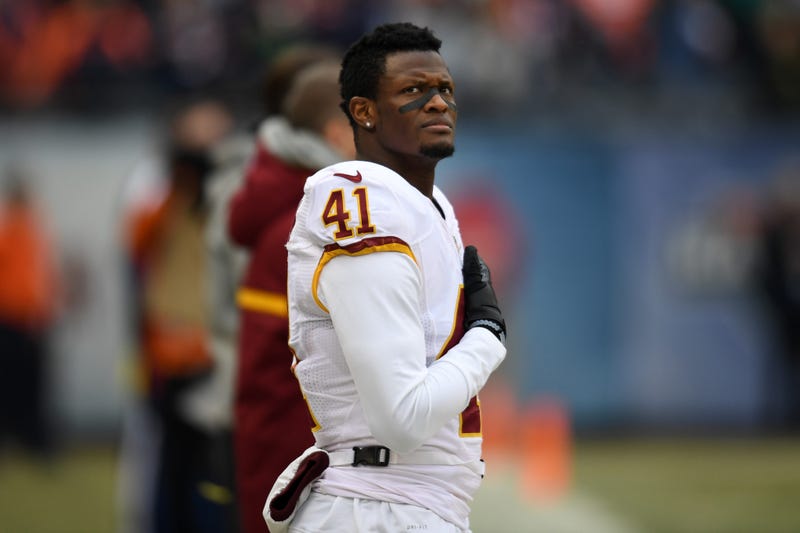 A criticism many have leveled against Jay Gruden is he doesn't ensure his team is ready to face certain opponents. This perception cropped up against after Monday night's blowout loss to the Saints, some pointing out the Redskins had an extra week to prepare after their Week 4 bye.

You’d never know the Redskins had 14 days to prepare for this game.

However, retired defensive back Will Blackmon, who played under Gruden with the Redskins in 2015 and 2016, says Gruden's ability to prepare his team for games set him apart from other coaches he played for during his NFL career.

He let us be ourselves. I've always felt prepared. Coaches only have a certain amount of time to coach us. We are professionals, we must take advantage of the rest of our day. https://t.co/wMKqAwJsLo

During an impromptu Twitter "Ask Me Anything" (AMA for short) Tuesday, Blackmon was asked: "What was the #1 thing that stood out to you about Jay Gruden’s ability to prepare the team. Not trying to get you in trouble—but did you, more often than not, *feel prepared* or that you could’ve done more—collectively?"

Blackmon replied, "He let us be ourselves. I've always felt prepared. Coaches only have a certain amount of time to coach us. We are professionals, we must take advantage of the rest of our day."

This perspective, that it's on the players to prepare and execute Gruden's solid gameplan, echoes the sentiments of Redskins safety D.J. Swearinger.

"I've been preaching, trying to change the culture," he told reporters. "But it takes all 53 players with the same mindset. Not only the 53, but all of us in this together. Coaches and players have to have the same mindset that we’ve got a championship team."

When asked a follow-up question about team preparation, Blackmon added, "Accountability is everything." And when asked specifically about Swearinger's place as a team leader, Blackmon said: "DJ is for sure a leader, but its exhausting trying to herd grown men every time the team is in an adverse situation."

Yea man accountability is everything.Also Patriots lost to a team where the coach let’s the players be themselves. https://t.co/eYmWymV4a3

DJ is for sure a leader, but its exhausting trying to herd grown men every time the team is in an adverse situation. Swag is a true to the game. I was excited to play beside him....wish I had the chance to in DC.... welp https://t.co/JLuIV4J8WA

It's a combo of both. When I was on the Giants, Coughlin was a great motivation. But we a bunch of inspirational badasses on our team. https://t.co/GcJAK6ab2g

It's easy to blame Gruden whenever the Redskins look flat or unprepared, and certainly the coaching staff should face some criticism. But the words of those who have worked with Gruden should carry more weight than others, and perhaps the players deserve just as much, if not more, blame than the coach.

Blackmon answered another Redskins-related question during the AMA: who's the better QB, Kirk Cousins or Alex Smith?