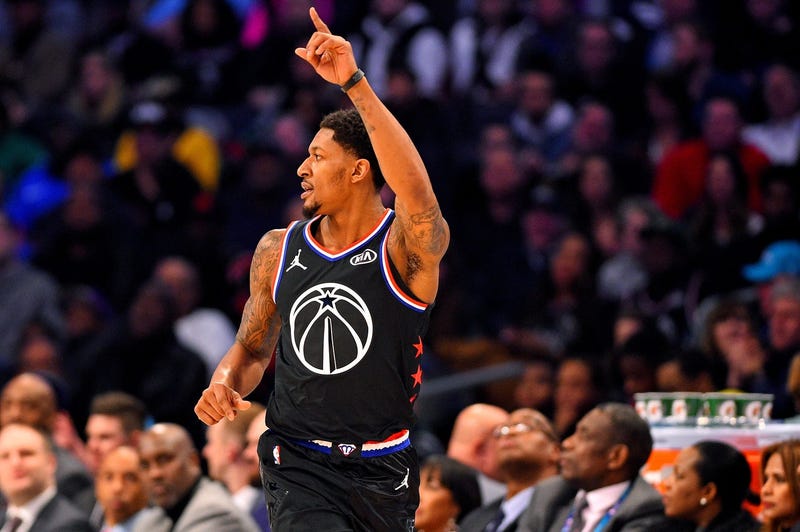 Bradley Beal said he couldn't name names, but he was actively recruiting at the All-Star game for players to join him in D.C. with the Wizards. Some guys even came up to him and asked. If you have theories, let's hear them...

"A lot of guys were coming to talk to me and asking me how I feel," Beal told The Athletic. "The recruiting process is really going alright. It's going alright. I'm trying."

"This is new for me. I'm definitely getting some ears and seeing what guys are looking for."

Despite the turmoil of this season and John Wall's devastating Achilles injury, Beal declared his loyalty to the Wizards last week, and is now doing his part to bring more top-tier talent to D.C.
And after the Feb. 6 trades of Otto Porter and Markieff Morris, Washington now has some financial flexibility heading into the 2019 offseason and beyond. Whether that money will be spent wisely, however, is another matter.

Of course, that didn't stop Beal from pitching the Wizards to his fellow NBA stars, the identities of whom the guard kept under wraps to avoid league tampering violations.

"I'm gonna keep it in my piggy bank, in my back pocket. Hopefully we can do something," Beal told NBC Sports Washington.
Let the speculation -- and jokes -- begin!

Based purely on positional fit, and ignoring context because who needs context, the free agent All-Stars that would make the most logical sense for this are Durant, Kawhi, Klay, Middleton and Vucevic. https://t.co/bghAmsy38j