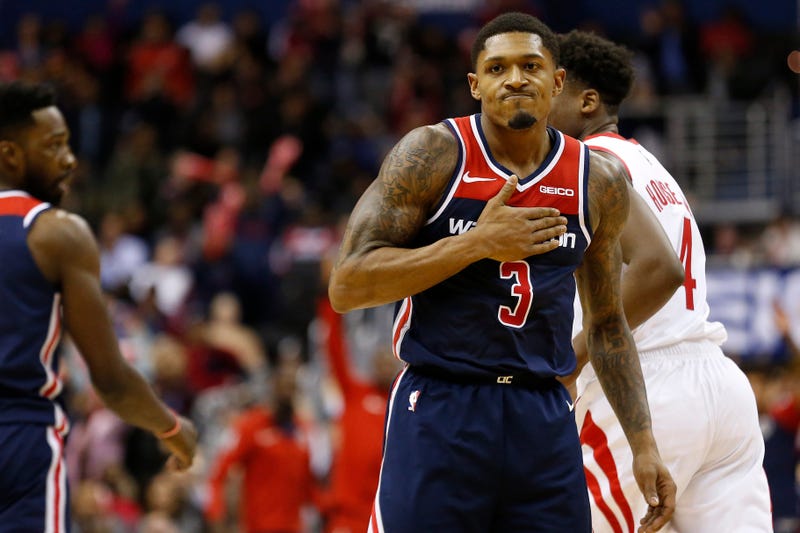 Bradley Beal has made it clear he wants to leave the Wizards, per veteran NBA journalist Chris Sheridan.

Source: @RealDealBeal23 has made it known in no uncertain terms that he wants out of Washington pronto.

Trade rumors and speculation surrounding the likes of Beal and John Wall have swirled since last week's "Woj bomb" that Washington is willing to consider trade offers for their two All-Star guards. Beal also allegedly called out team president Ernie Grunfeld at a recent practice that got very heated.

Unsurprisingly, Beal's agent denied the reports his client wants out of Washington.

(1/2) Just spoke with Bradley Beal's agent, Mark Bartelstein, re: the report that cites a source who says Beal wants out of Washington.Bartelstein strongly denies the report.

(2/2) Bartelstein on the Beal report: "That is absolutely not true. The only sources that would know Brad thinking’s are Brad and myself. And Brad’s focus is 100% on helping the #Wizards play consistent, winning basketball.”

As for Beal himself, he played like a man committed to his team in Monday's 135-131 overtime win over the Rockets. He scored 32 points and played some strong late-game defense on reigning league MVP James Harden, who had 54 for Houston.

Bradley Beal has all of a sudden become the Beard Stopper.

After the game, Beal denied Sheridan's report, too, calling it "nonsense."

Bradley Beal on report that he wants to be traded: "That's nonsense. I heard it earlier before the game and I was like if it ain't come from the horse's mouth, it wasn't me. I got this Washington jersey on, I come out and work everyday until otherwise. This is where I want to be" pic.twitter.com/P7Odl2X6cw

The Wizards have now won three of their last four, and if this short spell of success continues, there's little chance Grunfeld and Washington part with arguably their best on-court asset in Beal.