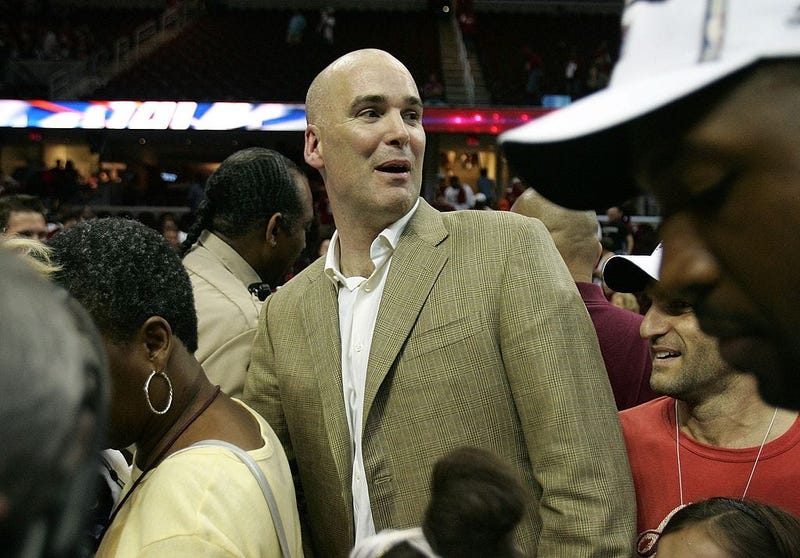 The Wizards' search for Ernie Grunfeld's successor ramped up Tuesday, the team interviewing a trio of general manager candidates.

The three GM candidates who interviewed on Tuesday... Houston’s Gersson Rosas, OKC’s Troy Weaver (as first reported by @wojespn, which I can confirm) and Danny Ferry... all seemed to go right after the other.The interviews were held at Capital One Arena

Danny Ferry may be a familiar name to long-time Wizards fans: his father, Bob Ferry, was the GM when the Washington Bullets won their lone NBA championship in 1978.

There's also a wild card name in the mix, per NBC Sports Washington's Ben Standig: Raptors GM Masai Ujiri. However, Standig notes that while Ujiri "is intrigued by the idea of moving to Washington," the Raptors are "are unlikely to let Ujiri interview for any current opening."
Sheppard has served as Washington's interim GM since Grunfeld's firing on April 2. Wizards owner Ted Leonsis has previously said the Wizards' permanent GM position "is the best important open job in all of sports right now."
"I think Washington, D.C. and our fan base is fantastic. I think our investment in infrastructure is second to none, and I think people believe in our ownership group," Leonsis said during an April 3 press conference. "We have the most diverse, one of the most powerful ownership groups, and we're very, very focused on trying to make everything we touch world-class."
Follow Josh Luckenbaugh and 106.7 The Fan on Twitter.