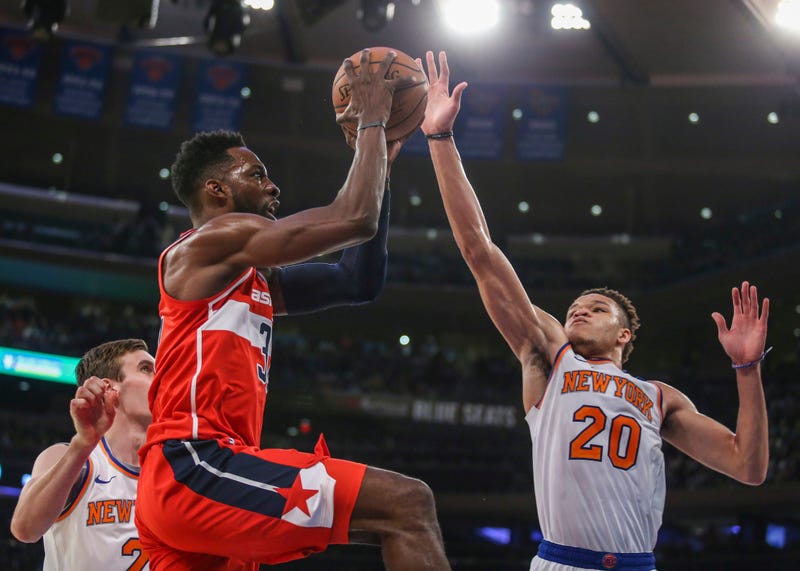 Green, who played with James last season on the Cleveland Cavaliers, says he not only learned a lot of basketball things from "The King," but also revealed James gave him his nickname "Uncle Jeff."

"It started back in my second year in the league. It's actually from LeBron," Green told The Sports Junkies Tuesday. "We were playing the 'Rookie Sophomore Game,' and he was doing commentating for the game. And he said during the game that my game reminds him of an uncle that's at a park that's just fundamental and can play."

"And when Twitter first came out, I was reluctant on getting it (as my username), but KD and Russell (Westbrook) were trying to make me get it, and they made the name 'Uncle Jeff' from the statement that LeBron had made."

"And then it kinda just stuck because I'm an uncle of two nieces, two beautiful young ladies," Green continued. "It's been with me for years, and I don't think it'll change."

Green said Beal comparing him to James was "flattering," going on to explain what he'd learned from the four-time MVP.

"Before I signed with Cleveland, I was texting Bron and I told him I'd be following him the whole year," Green told The Junkies. "Workouts, dinners with him, just picking his brain, Watching him and how he prepares for games day in and day out. I used some of the things that he does with myself and how I can get better, and I guess it rubbed off."

"That was big praise from Brad, and I appreciate that. It's flattering."