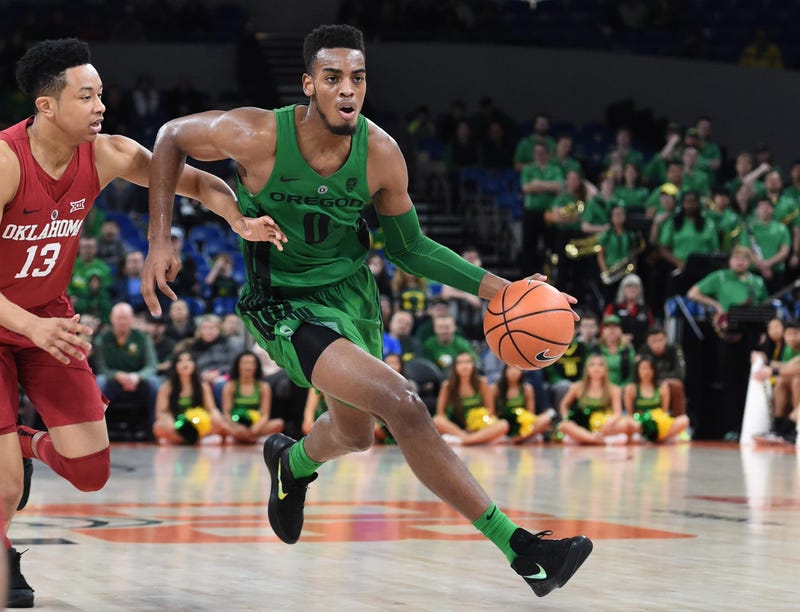 Few fans were aware of Troy Brown's existence before the Wizards selected him 15th overall.

On Tuesday, The Sports Junkies introduced the 18-year-old Oregon product to their D.C. radio audience. After hearing the interview, you'll understand why the Wizards fell in love with Brown "between the ears."

right there with ya https://t.co/uznnhMT3u7

Brown's first impression of the Wizards: "Honestly, coming in for the workouts and stuff like that, I got a really good feel for them. A lot of energy in the gym. It's a program that they definitely are trying to develop players and get players better, so I enjoy that a lot, and you can tell like when teams try to focus on players individually and make them better."

"For me, that was the big thing," he said. "Just coming into the workout, I felt like I was in a practice rather than a workout, because they were trying to get me better, you know. It's just kind of crazy to say that. And then talking with the staff, we had a great conversation and everything went really smooth. It was a really good connection.

"And then lastly, just talking about like the players from last year, they have a very good core right now. I feel like some things I can add is just a little bit more playmaking, more of a two-way player on both ends for the multiple positions, and being able to rebound the basketball, and force more fast-break situations and let our guards run the wing."

Asked if any of his new teammates have reached out to him since the draft, Brown indicated, "Bradley Beal texted me the day after the draft, but I haven't heard anything from anybody else. Those guys were probably out doing their thing, so I'll see them when the season starts."