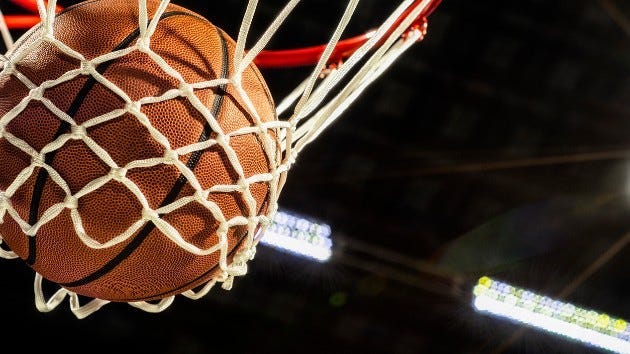 Photo credit cmannphoto/iStock
By 97.3 The Sky

(NEW YORK) -- Each year, the sports world is filled with triumph and adversity, but for fans and athletes alike, 2020 was the perfect storm.The COVID-19 pandemic brought sports -- from professionals to little leagues -- to a grinding halt. Meanwhile, a civil rights movement thrust various leagues into the hot seat, prompting reckonings on race relations as athletes' voices on politics and social justice were amplified.Beyond championships and records set, here's a look at eight moments that shook the sports world in 2020:

Death of a legendThe death of NBA champion Kobe Bryant shocked millions across the world in January as athletes, celebrities and fans mourned the sudden loss of a legend.Bryant, 41, and his 13-year-old daughter Gianna "Gigi" Bryant were among nine who were killed after a helicopter faded from radar and crashed Jan. 26 in Calabasas, California.The group was flying from Orange County to the Mamba Sports Academy in Thousand Oaks, a sports facility named after the Los Angeles Lakers star, who was known as "The Black Mamba."Friends, family and NBA stars, including Michael Jordan and Shaquille O'Neal, paid tribute to Bryant on Feb. 24 in a somber memorial, hailing his "Mamba mentality," his lasting legacy in the NBA and his accomplishments in sports and beyond.The NBA's 'wake up call' to the USThe NBA shocked fans March 11 when the league announced that it was suspending the season, initially for 30 days, after Utah Jazz center Rudy Gobert became the first NBA player to test positive for COVID-19."The NBA has, over the last 10 to 15, maybe 20 years, become the most progressive major sports league in the country," Kenneth Cohen, a historian at the University of Delaware and curator at the Smithsonian's National Museum of American History, said, adding that having a major sports league shut down "put pressure on other major sports and sporting events" to put "the general public's health first."According to Cohen, not only did the NBA set an example in the sports world in its response to the public health crisis, but this move also served as a "wake-up call" to other industries and to the country as a whole about the severity of what was to come.At that time in March, no one was wearing masks, social distancing was not a familiar concept, and there were no shutdowns in place -- either federal or state.

The day the sports world stoppedThe NBA shutdown prompted a rapid and surreal chain reaction.On March 12, the NHL announced it was pausing its season, the MLB postponed the start of its season, and by the end of the day, the NCAA canceled March Madness."The day the sports world stopped," flashed across the screen on ESPN that night as visibly stunned commentators and athletes marveled at the real-time domino effect.Cohen said a century ago, sports were also interrupted by the 1918 Spanish flu pandemic."Major League Baseball did not cancel its season but it did end the regular season early ... even Babe Ruth was out -- twice actually, he caught the flu, as far as we know," Cohen said, adding that each league took a different approach to postponements and cancellations at the time.But Cohen said that the concept of a "bubble" is new. The NBA was first to institute a bubble isolation zone, picking the season back up with strict testing and social distancing guidelines and without any fans. The WNBA, NHL and National Women's Soccer League followed suit.

Police killing of George Floyd reignites debate over Kaepernick protestThe May 25 death of George Floyd, a Black man from Minneapolis, brought Colin Kaepernick back into the national debate in a big way.The images of a police officer kneeling on Floyd's neck as the Minnesota man called out that he couldn't breathe went viral and were compared to photos of Kaepernick's kneeling protest against police brutality.The former San Francisco 49ers quarterback became the first NFL player to take a knee on the football field during the playing of the national anthem in 2016 to protest police brutality. He filed a grievance against league owners in 2017 alleging they colluded to ensure that he remained unsigned. The lawsuit has been settled.Many athletes around the world -- from MLB and NFL players to tennis and soccer stars -- protested in 2020 by taking a knee ahead of sporting events.NFL apologizes for 'not listening' to players about racismIn a turn of events, NFL Commissioner Roger Goodell issued a video statement June 5 apologizing to players for "not listening" to them about racism and admitting the league was "wrong.""We, the National Football League, believe Black lives matter. I personally protest with you and want to be part of the much-needed change in this country," Goodell said.The announcement came amid national unrest, and while some appreciated the statement, supporters of Kaepernick criticized the league and questioned its intentions.NASCAR bans Confederate flag, Bubba Wallace in the spotlightAfter years of resistance, NASCAR announced June 10 that it would ban all Confederate flags from its racetracks to foster a more inclusive environment.Bubba Wallace, NASCAR's only full-time Black driver who had raced with a Black Lives Matter paint scheme, had been outspoken against police brutality and had led calls for NASCAR to ban the Confederate flag.After a noose was found hanging in Wallace's garage later in June, NASCAR drivers and fans rallied around him, and in a powerful moment at the Talladega Superspeedway, everyone from the NASCAR Cup Series garage pushed his No. 43 Chevy down the road in a show of support.The FBI later determined the noose was not targeted toward Wallace and had been in the garage for months.Teams drop Native American namesFor decades, advocates for Native American rights had been urging teams with Indigenous names and mascots to make a change. But it was not until the latest civil rights movement swept the nation that some of the most high-profile teams relented.After insisting in 2013 that a name change would "never" happen, Dan Snyder, owner of the Washington Redskins, announced in July the team would change its name to the Washington Football Team, after FedEx, which has naming rights to the stadium, requested a change.In December, the MLB's Cleveland Indians announced they will also change their name in 2021.Milwaukee Bucks boycott and the expansion of activismIn the wake of protests in Kenosha, Wisconsin, over the police shooting of Jacob Blake, a Black man, the Milwaukee Bucks took a stand against police brutality by refusing to play Game 5 of the Eastern Conference First Round against the Orlando Magic on Aug. 25.The boycott led the NBA to postpone all three playoff games scheduled for the next day, and, in a historic show of support, the MLB, WNBA and MLS also canceled matchups as several teams joined the protest."Leagues and teams and organizations and institutions are at least starting to understand that they have a role to play in civil rights in creating equity, both within their institutions amongst their staff, and then in the wider community," Cohen said, adding that the Black Lives Matter movement has even "been taken up by sports leagues around the world."Copyright © 2021, ABC Audio. All rights reserved.