Washington quarterback Alex Smith will be inactive for Saturday's Wild Card round playoff game against Tampa Bay, and Taylor Heinicke will start in his place.

Per source : Alex Smith will be inactive.

Ron Rivera has talked about David vs. Goliath all week. No one epitomizes David more than Taylor Heinicke.

Of course Washington wanted Alex Smith to start, but I definitely think 100 percent of Taylor Heinicke is better than 60 percent of Alex Smith.

Smith has been battling through a calf strain for several weeks now. The plan as of late this week was to see how his calf responded.

As of Saturday morning, Washington was looking to evaluate Smith's injury before kickoff but, per Ian Rapoport, it was "trending the wrong way for his calf." 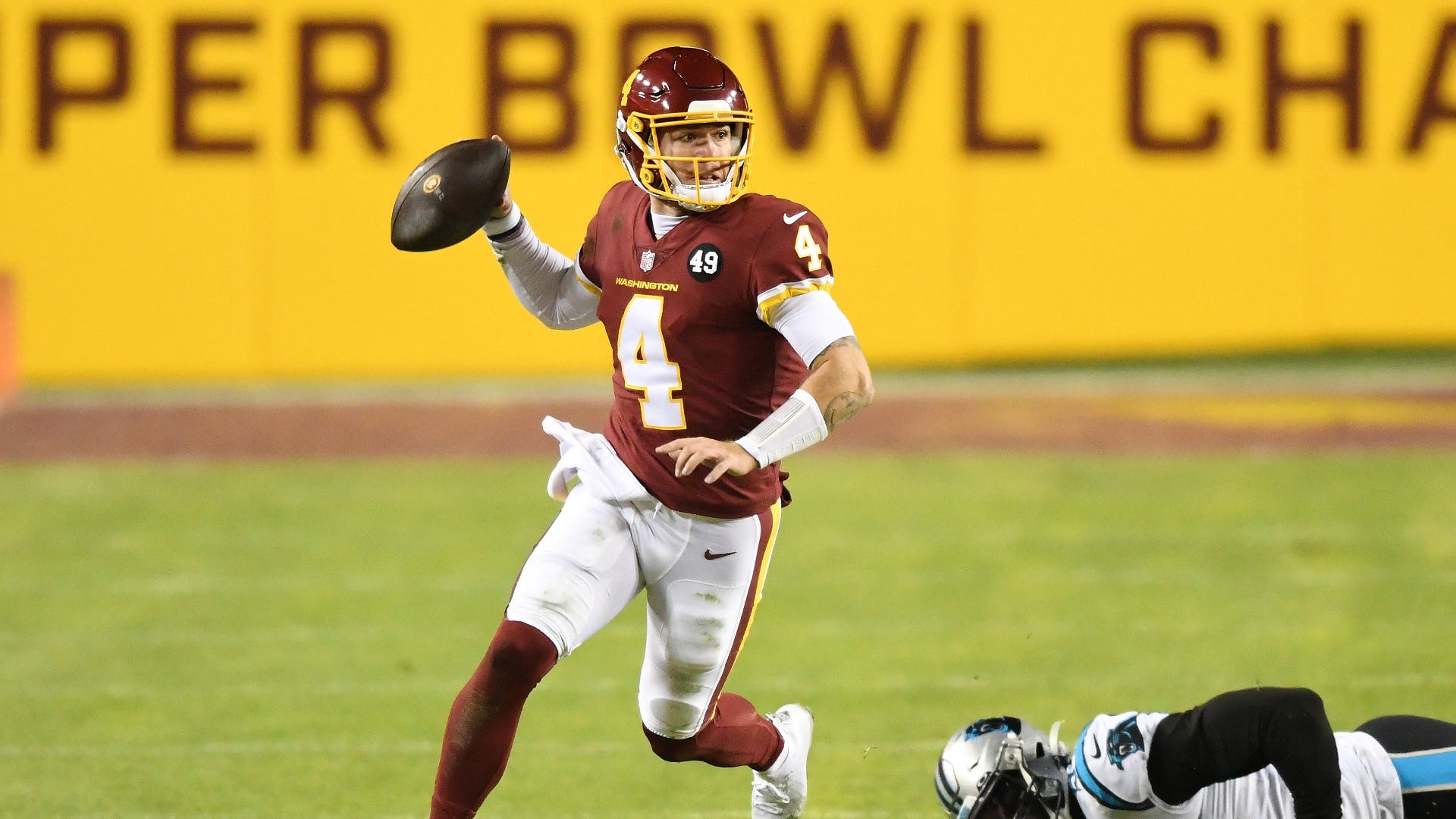 After joining the team as its quarantine quarterback in early December, Heinicke will now be tasked with keeping Washington's season alive in a playoff game against the 11-5 Buccaneers.

Washington has confirmed Heinicke will start in place of Smith, who is inactive.

"Okay, he got some swag with him."