Is a James Harden trade, which has seemingly been in the works and labeled as an inevitability for weeks, finally on the horizon?

According to various reports, the Rockets could be ready to make that happen following the star guard's fiery comments on Tuesday night. 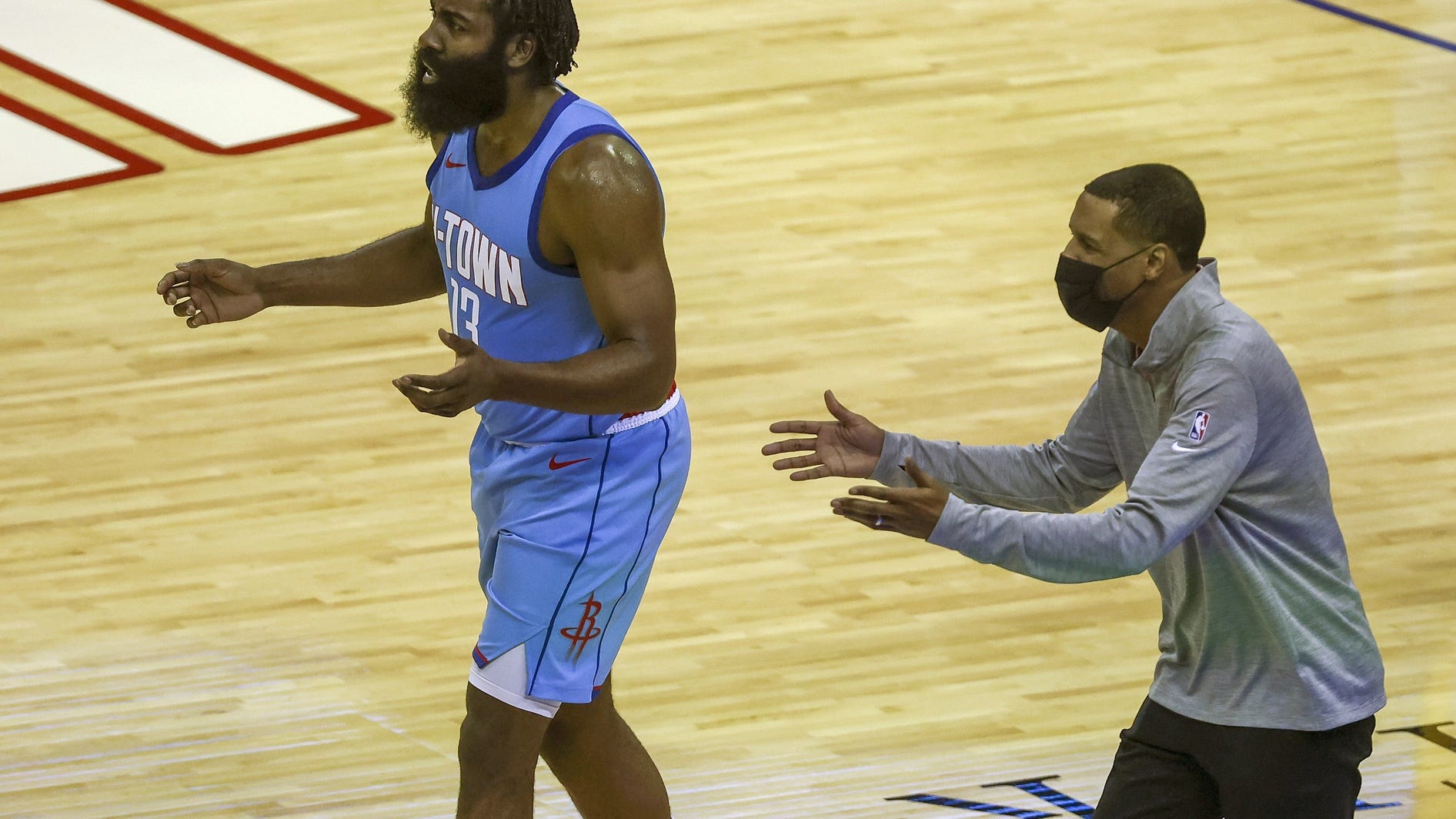 James Harden on relationship with Rockets: 'I don't think it can be fixed'

The Nets appear to be the team that is willing to throw everything on the table, with the exception of superstar Kevin Durant. Nick Wright of Fox Sports reported that Brooklyn is ready to hand over a massive package that includes three first-round picks and swaps, and legitimately any player that Houston would ask for. Caris LeVert and Jarrett Allen would appear to be the most intriguing pieces, though you obviously have to consider the enigmatic Kyrie Irving part of the equation there, too.

Wright added that the belief is that Houston doesn't want Kyrie Irving, and seeing as LeVert and Allen along with other players may not be enough to pique the Rockets' interest, they're looking to get a third team involved to sweeten the deal.

If Houston demanded Kyrie, they could have him, but the belief is Houston isn’t interested in Kyrie. BK trying to get a 3rd team involved to potentially enhance Houston’s return. Would have a Big 3 of KD, Harden & Kyrie but very little else, no depth & no future picks.

NBA insider Shams Charania said that the Nets have prepared a package similar to the one that Wright floated above, though it features all four of their future first-rounders and three future pick swaps.

But the Nets aren't the only team whose name is still in the sweepstakes. Charania notes that the Rockets have looked at the 76ers — and particularly at Ben Simmons, a player whose stardom couldn't be found in a trade with a team like the Nets — as another partner. These two have been the primary teams in the rumors all along, and it seems they are still the biggest finalists, should Philadelphia and Daryl Morey still want to pursue a deal.

Marc Stein of The New York Times added a specific package Houston was seeking, according to his sources.

The Rockets are pursuing a trade package from the 76ers that would be headlined by Ben Simmons and Tyrese Maxey, league sources say

Another player who could come into the equation is second-year defensive stalwart Matisse Thybulle, who Yahoo! Sports' Chris Haynes says is part of the Rockets' requested package.

The 76ers have gotten off to a fast start — save for a rough bout with COVID-19 contact tracing and some injuries — but have not seen much improvement from Ben Simmons over the years, and slow stretches in their offense seem to stem from his inability to create spacing. Maxey, on the other hand, has been a spark plug and somewhat of a pleasant surprise given his ability to take on a large role and score in bunches to kick off his rookie season.

It's hard to imagine a scenario in which the Rockets hold on to Harden after the aforementioned comments he made, and SportsRadio610's Adam Spolane took us inside the organization to share a pretty significant decision made by head coach Stephen Silas.

Stephen Silas says James Harden was not at practice. Silas said the team felt it was best for him to remain home

Harden is "only" scoring 24.8 points per game this season, which is low for him compared to past seasons. He's slowed down in recent games, too, averaging just 16.5 over the last four as opposed to 33.0 in the first four.