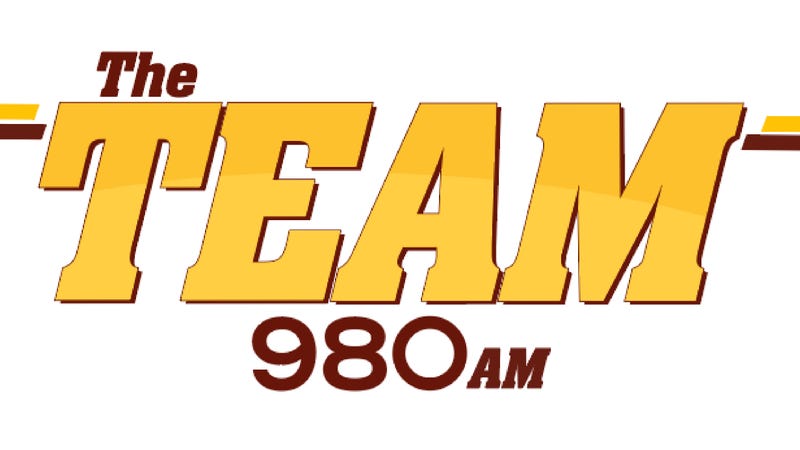 "We're thrilled to launch an exciting new lineup of compelling and dynamic voices on The Team 980," said Ivy Savoy-Smith, Senior Vice President and Market Manager, Entercom Washington D.C. "The station's sound will reflect the passion and sound of the DMV sports fan and provide a full day of premier content, led by market veterans who know the city’s sports landscape as well as anyone."

As part of the updates, the station welcomes longtime Washington and Baltimore sports media veteran Travis Thomas as midday show host. Thomas, who most recently hosted "DC Sports Live" and "Wizards Extra" on NBC Sports Washington, as well as a Saturday afternoon radio show on sister station 106.7 The Fan (WJFK-FM), will be heard weekdays from 9:00 a.m. to 12:00 p.m. ET.

The station also welcomes Reese Waters to host "The Reese Waters Show," weekdays from 12:00 p.m. to 3:00 p.m. ET. Waters hosted "Get Up DC" for WUSA-9 since 2017 before transitioning to a new nightly show this month. He was previously a correspondent for ESPN's "SportsCenter" and a host on the Versus network.

Market veterans Chris Russell and Pete Medhurst join together for "Russell and Medhurst," weekdays from 3:00 p.m. to 7:00 p.m. Russell has appeared in a variety of roles for 106.7 The Fan and The Team 980 since 2009, and is also Sports Illustrated's Washington Football Team correspondent. Medhurst joined 106.7 The Fan as an update anchor in 2009 and has been the station’s primary fill-in host, Nationals post-game show host and fill-in play-by-play talent.

Longtime market veteran Kevin Sheehan remains in morning drive from 6-9 am. He will be joined by a rotating cast of contributors.

Listeners can tune in to 980 The Team (WTEM-AM) in Washington D.C. on air, as well as nationwide on the RADIO.COM app and website. Fans can also connect with the station on social media via Twitter and Facebook.

About Entercom Communications Corp.
Entercom Communications Corp. (NYSE: ETM) is the #1 creator of live, original local audio content in the U.S and the unrivaled leader in local radio sports and news. Home to the nation’s most influential collection of podcasts, digital and broadcast content, and premium live experiences, Entercom engages over 170 million consumers each month. Available on every device in every major U.S. market, the company delivers the industry’s most compelling live and on-demand content and experiences from voices and influencers its communities trust and love. Entercom's robust portfolio of assets and integrated solutions offer advertisers today’s most engaged audiences through targeted reach, brand amplification and local activation—all at national scale. Learn more at www.entercom.com, Facebook and Twitter (@Entercom).