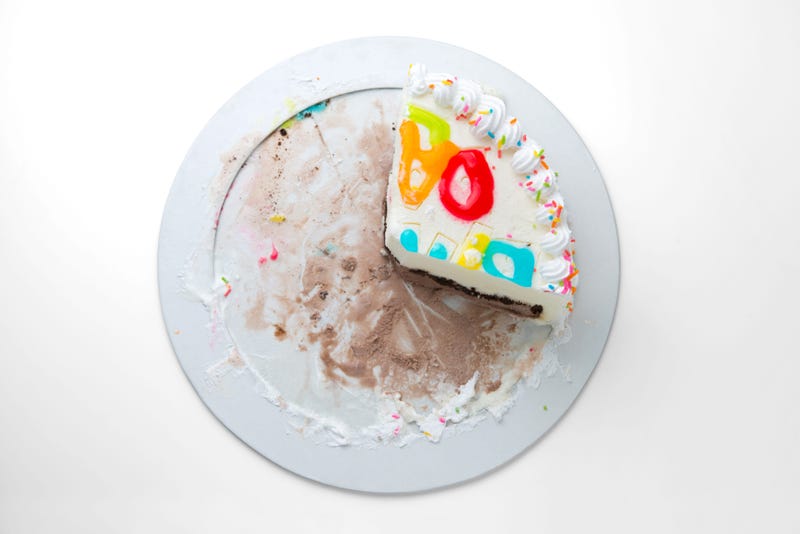 Three more guests joined in on the running debate that has taken over the Hoch and Crowder show the last week.

For ESPN’s Mike Greenberg, the answer was easy. “Don’t love it.”

This answer pleased Hoch and Crowder as they scour to find more and more people that agree with their claim that ice cream cake is not good and people that like are simply under an illusion of some sorts.

Former Miami Dolphins WR Oronde Gadsden had a much more interesting answer. He was not interested in discussing whether or not ice cream cake was good, as his response to the question was “Why would I hate ice cream cake?”  Instead, OG was perplexed when he found out Omar Kelly stored the dessert in his freezer for months. That annoyed the Dolphins legend. “Ice cream cake is a situational buy,” he argued. “That ice cream cake in 27 days is going to be hard as a brick.”

Listen to today’s Best of below to listen to Mike Greenberg, Oronde Gadsden and Mike Cugno all defend their views on the delicious treat.

So the quest for support continues for Marc Hochman and Channing Crowder.  For those keeping score at home… here is how the ice cream cake standings look thus far:

No, they hate ice cream cake:

Swing votes: (Answers that made us think we can swing their opinion either way)

news
Hertz to shut down car sales locations nationwide
news
8 podcasts to get you ready for Election Day
news
Man charged with forging deceased mother’s name on ballot application
news
US officials link Iran to emails meant to intimidate voters
news
What to do when distance learning is just not working?
news
Pope's stance on same-sex civil unions sends waves around the world