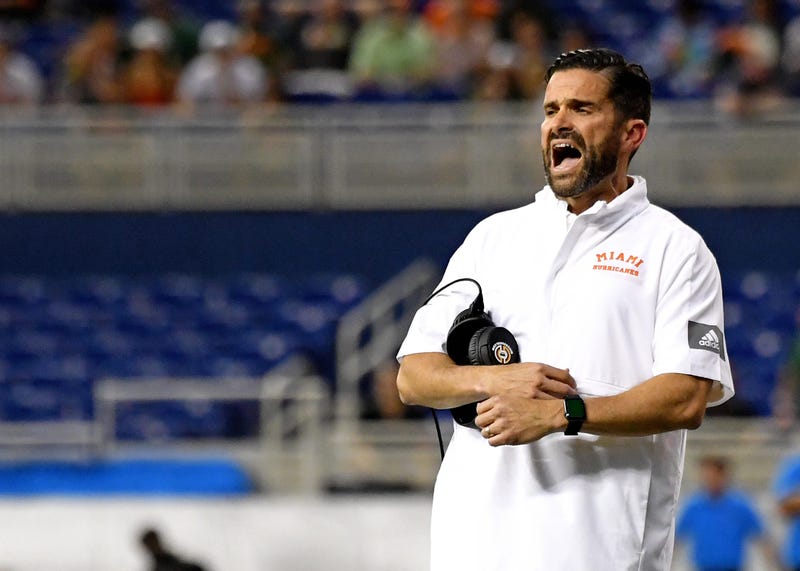 Happy Swagsgiving! Montage of Manny Diaz dumb quotes. Robbie couldn't really enjoy the Heat win yesterday as he is still feeling the effects of the FIU loss. Heat new Vice Wave Uniforms which leads to Tobin's 3 year old son boxing his dad in to getting him $70 sneakers.

Tobin begs to the Gods to not let new Khabib-Tony Ferguson fight fall apart again. Heated debate on whether Lamar Jackson would have the same success if he was on the Dolphins. Is Stephen Ross secretly bitter that his staff didn't listen to him when he suggested that they take Lamar Jackson?

What Heat Wave Jersey would you buy? Andy Dalton back with the Bengals, tankathon business has picked up. Manny Diaz said the Canes has assumed arrogance and referenced the culture of coaches before him. Robbie's latest Draft Power Rankings with some big changes.

Derek Jeter addresses whether the Marlins will go after someone in free agency. Greg Schiano turned down a big contract from Rutgers and demanded a private jet. Heat undefeated whenever a female referee works the game. Manny Diaz EPIC Thanksgiving Parody.