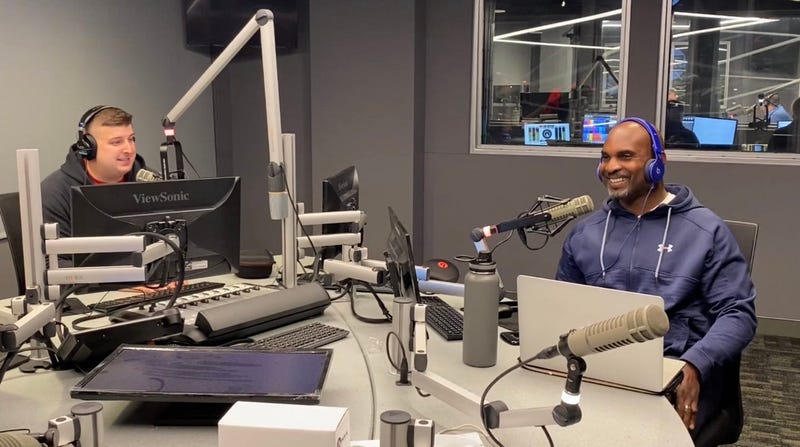 Tobin and Leroy react to the Miami Heat's win over the Portland Trail Blazers. There was no Jimmy Butler so that opened the door for James Johnson to get some run and he looked fantastic. Hassan Whiteside made his return to Miami. He was booed like crazy by Heat fans. Were Miami fans wrong to boo him? James Johnson called it 'tasteless' on Instagram. Hassan says he was upset by the 'we got shooters' chants more than the booes.

SHOULD WHITESIDE HAVE BEEN BOOED BY HEAT FANS?

music
According to new study, a third of musicians are done after coronavirus
music
The roadies behind Linkin Park and Slipknot are ready to step into the spotlight
news
Coronavirus death toll in the U.S. tops 200,000
music
Here's why Mariah Carey cancelled Thanksgiving on Monday
news
Company creates limited-edition Ruth Bader Ginsburg bobblehead
i'm listening
I'm Listening: G-Eazy on finding the silver lining in 2020