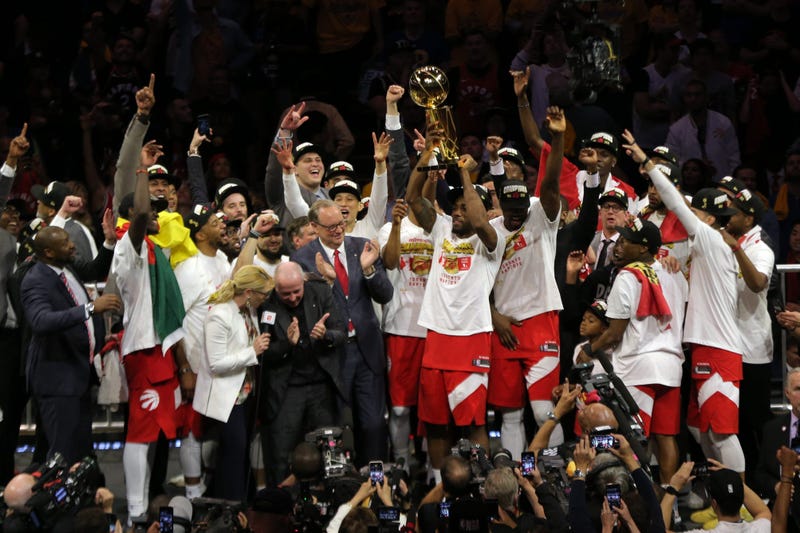 The landscape of the NBA looks vastly different than it did two weeks ago.

The Toronto Raptors captured their first NBA championship in franchise history Thursday night, but the domino effects of the series versus the Warriors will reverberate much louder for the future of the league.

Two of the biggest potential free agents in Klay Thompson and Kevin Durant will miss large portions, if not all, of the 2019-2020 season after suffering devastating injuries in these NBA Finals.

The era of the super team could be over.

Sure we could see two superstars on one team, but the likelihood of what the Miami Heat did with the Big 3 or what the Warriors were able to do when the spike in the NBA salary cap occurred and added a MVP in Kevin Durant to a championship roster, is a thing of the past.

We could see the Los Angeles Lakers go from the laughing stock of the league to a contender for an NBA title in a matter of weeks, if they’re able to land Anthony Davis in a trade before next week’s draft. And the Warriors, after five consecutive finals appearance, will have to contend for a playoff spot next year without Klay Thompson, Kevin Durant, and a revamped roster.

So where does that leave the Heat?

Still strapped by the salary cap for at-least one more season the Heat turn their attention to Thursday night’s draft. With the 13th selection, Miami can draw hope from watching the Raptors, a team comprised of players drafted 14th or later in their respective drafts, taking down a dynasty in Golden State.

Unless Pat Riley can pull another rabbit out of his hat, the draft is the Miami’s best avenue at building towards a championship roster again.