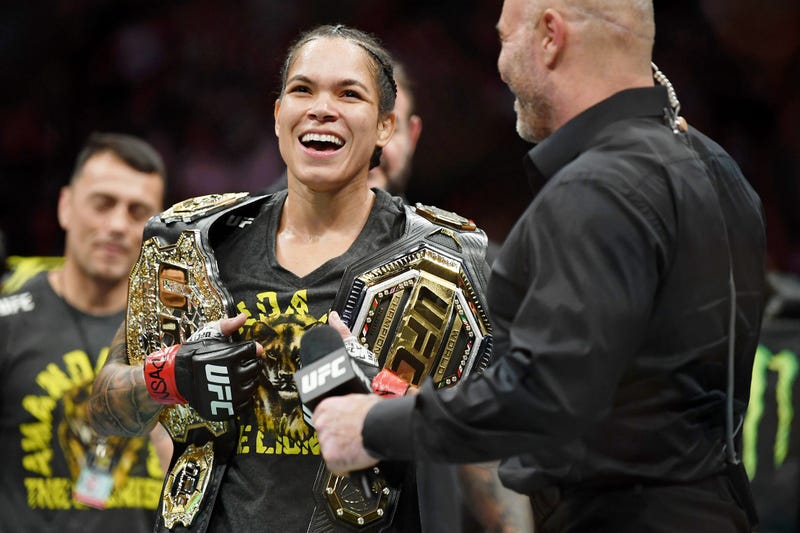 Amber wasn't able to partake in her usual morning routine because she had to take a meaningless blood test according to Zas. Zas' wife went back to work so he's riding solo and now his dog doesn't leave his side. Who would you rather see get KO'd? Dan LeBatard or Dana White?

Uly "The Monster" Diaz joins the show to talk some MMA and his community work. Is Amanda Nunes one of the best MMA fighters, men and women, ever? Amber was offended by watching some Hallmark movie. Amber is still not down with going out to eat.

We spoke on Drew Brees and Amber engaging on Twitter with some people over it. Mark Wahlberg got dragged on Twitter this weekend. We play some Big Deal/Not A Big Deal.

Zas is wondering how long it'll until a COVID vaccine is invented so he can go to wrestling again? He doesn't want his wife to hold it over him for the rest of his life if he catches COVID at a WWE event. Amber doesn't know how to pronounce balking. Matt Barnes isn't too thrilled about coming back to the NBA season. Amber let us know about what's on the Tube tonight.​