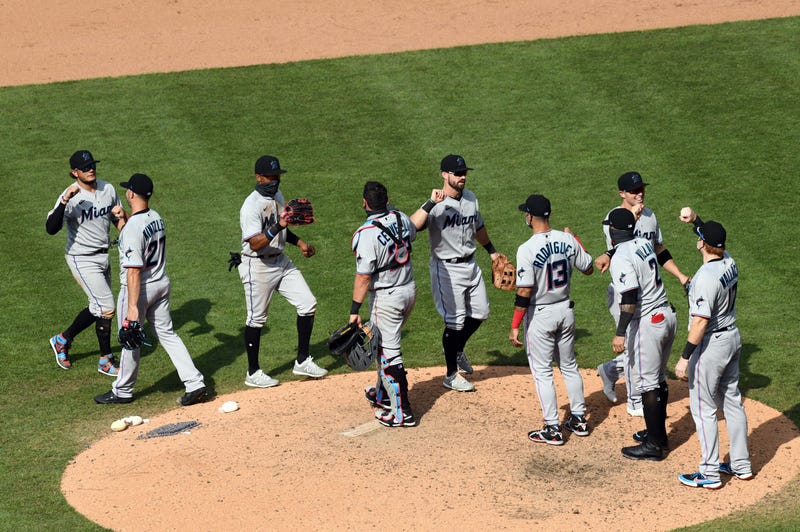 Well, the Marlins sure stepped in it this morning. Eight players and two coaches have tested positive for COVID-19. What does this mean to the rest of their season? The Heat lost over the weekend, but who cares it's only a scrimmage plus they were joined by both Bam and Kendrick Nunn. Amber's not a real one for not watching the Heat game on Saturday.

The Miami Marlins game against the Orioles tonight has been postponed. Florida Panthers TV Play-by-play announcer Steve Goldstein joins us to talk about the Florida Panthers and the upcoming season that starts on Wednesday. WFAN's Sweeny Murti joins us to talk about the Yankees-Phillies game being canceled for today and what this could mean for the foreseeable future. We bring back Good Times/Hard Times.

Derek Jeter sent out a statement on the situation they are dealing with. David Samson is out here taking shots at the Marlins and Derek Jeter. Lou Williams is such a dope, he just had to get his Magic City wings. We play some Big Deal/Not a Big Deal.

Zas is a big fan of Amber's brother, Geoff with a G as he was watching his card breaking YouTube channel. We wanted to celebrate the Marlins big series win and we had to spend the day talking about them ending their season. What did we learn today? Plus Amber lets us know