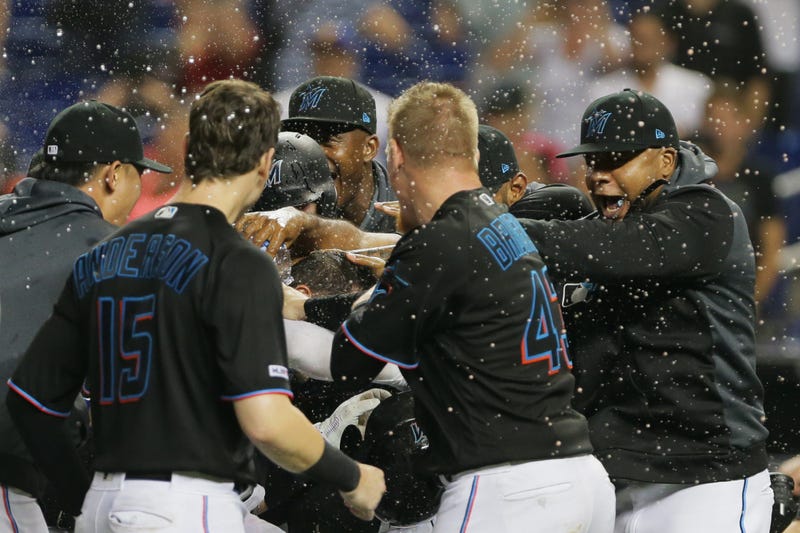 Miami Marlins won Saturday, casuing a big game consisting of 29,000 people and a walk-off winning sacrifice fly by Martin Prado. Dwayne Wade says media day will be the day he finally feels retired. DWade is really excited for Tyler Herro as he tunes into the Summer league. Will Jarren Williams be the starter for the University of Miami? The Florida Panthers set out to retire Roberto Luongo's jersey. Bam Adebayo gets cut out from Team USA.

Zaslow feels attacked by Robbie as he listens in to the morning show on the way to work. Atlanta Braves pitcher Sean Newcomb has a meltdown kicking a metal garbage can causing a fire extinguisher to fire. Zaslow is very attracted to Oliva Munn. Reggie Evans demands no more questions about Miami Heat. Heard here first, Jarren Williams gets confirmed as starter for the University of Miami.

Zaslow finally addresses and confirms if he is going to Orlando for the UM vs. Gators game. Zaslow thinks James Johnson "cannot win with hair like that." Why is Beast mad at Amber? Big News: NBA to announce schedule today.

Zaslow is reverse aging due to schedule change and has broken up with naps. Zaslow breaks out a discussion of the "Fast and Furious" franchise. O.J. Simpson calls out Antonio Brown due to his reaction to helmet. WWE is now hosting watch alongs on social media for the SummerSlam.

sports
Phillies Top Pitching Prospect Spencer Howard To Debut Sunday vs. Braves
sports
Down 3 Goals With 4 Minutes Left, Maple Leafs Miraculously Stun Blue Jackets in Overtime
news
Man Arrested After Spitting on Boy and Saying ‘You Now Have Coronavirus’
music
Bryan Cranston Says He Would Reprise Walter White 'in a Second' on 'Better Call Saul'
news
How to Build Your Own Air Filter at Home
sports
Alex Verdugo Robs Homer, Hits Two of His Own in Red Sox Victory