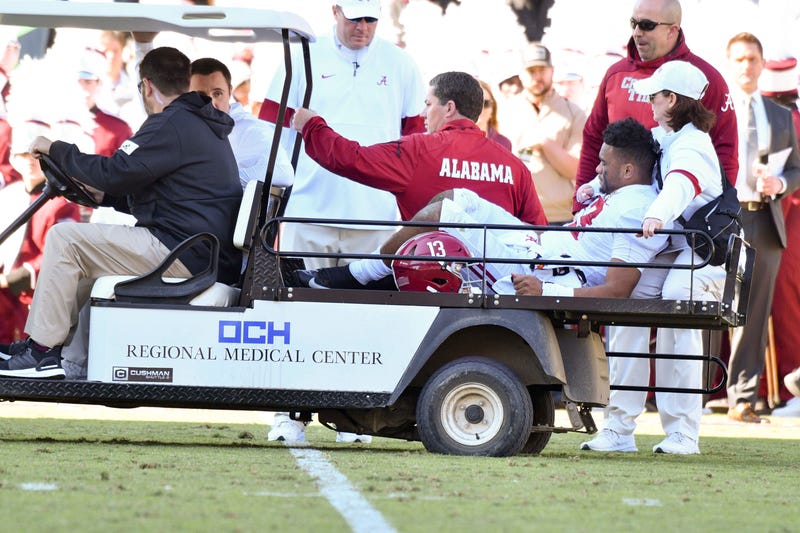 Today it's Zaslow and Brian Monroe, as Amber is out today. Zaslow recaps his time at the LeBatard wedding this past Saturday. Mark Ingram is Lamar Jackson's hypeman. Brian gives a shoutout to Jason Sanders for his onside kick.

Tua's hip is broke, what does that say for the Dolphins future. The Heat are the best home team in the NBA. We have the Week 11 NFL Rundown. We do 15 Minutes of Heat where we speak on the Heat's win on Saturday and Dion going to Syracuse.

Nick Saban sounded emotional during halftime after Tua hurt his hip. Colin Kapernick held his workout on Saturday. Why did he decide to change venues last minute?  JetBlue Vacations Plays of the Weekend.

Zaslow can't believe that Monroe goes out anytime earlier than 11 pm. Big Deal/ Not a Big Deal. Adam Schefter reports that Tua's surgery was successful. Should the Dolphins still think about taking Tua in the 1st round even with the injury. Is there any possible scenario where the Bengals trade with the Dolphins?