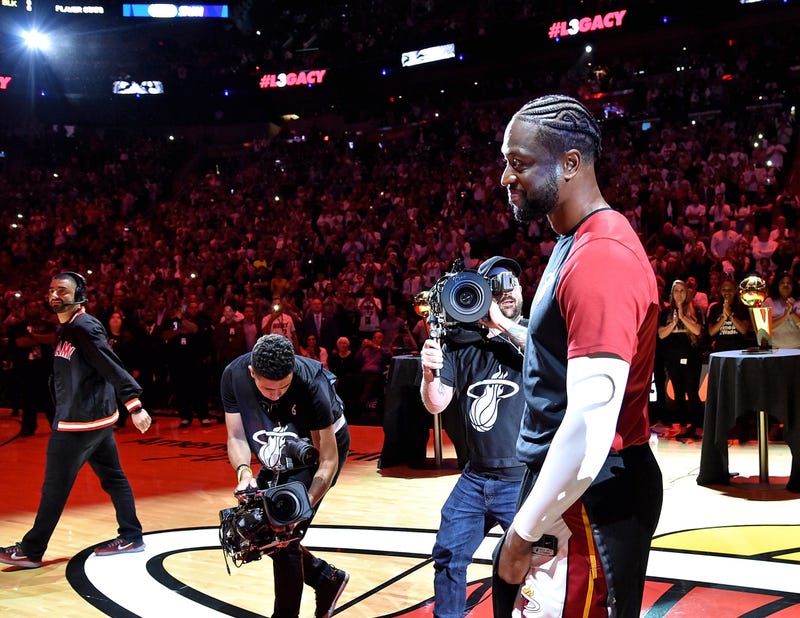 We start off the Wade Retirement Weekend tonight with.... well we really don't know what the Heat have in store for the celebration tonight. Tobin joins during the first segment. Zaslow forgot to bring Brian's Crown Royal that he owes him. Big Papi Ortiz isn't to happy with Mike Fiers snitching on his former team.

Did Trae Young have his tweet after last night's game saved in draft. We find out what kind of adult movies Amber is into. Former Heat Coach and current broadcaster Ron Rothestein joins us for 15 Minutes of Heat to speak about Dwyane Wade. Zas doesn't have tickets for his family for tomorrow's game.

Brian Monroe joins us like he does every Friday and he sees that Zas flaked on the bet. They ask Zas if he's going to cry during the Wade ceremony, he says he's saving his tears for Glen Rice's jersey retirement. Dada 5000 joins us live in studio.

Dada 5000 continues on with us to promote his new promotion The Brawl at The Rock at the Hardrock on March 7th and his prediction of the Deontay Wilder and Tyson Fury fight. Monroe talks about getting in a scrap during St. Patty's Day. We rate Dwyane's rap debut.