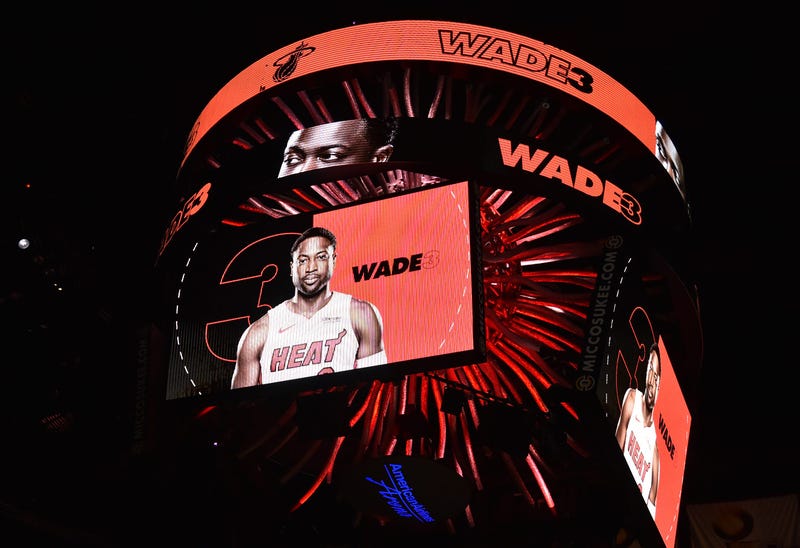 We get the big news from yesterday about the Wade Weekend for Dwyane Wade's retirement ceremony. What would you rather go to, the ceremony on Friday night or Saturday night? LeBron is trying to get Kuzma traded. Larry David of Curb Your Enthusiasm fame, tried to give the Jets some sound advice during 2018 NFL Draft.

Larry David has some balls on him to just tell the Jets GM what to do. Was the Heat not making the playoffs last year a blessing in disguise for Wade's retirement? Tobin joins us for 15 Minutes of Heat to trash Pacers broadcaster Mark Boyle. Tobin drops the bomb that our PD was roommates with Boyle. Zas says if that's true he'll quit.

What do the Dolphins have to do trade up in the draft for Tua? Will there be a need to have to trade up? Dwight Howard was invited to this year's Slam Dunk Contest, rumor has it that Vince Carter might get an invite as well. Big Deal/Not a Big Deal.  Aubrey Huff gets himself in some hot water.

Certain city names shouldn't be duplicated in other states. There should only be one Miami and St. Louis. Florida Panthers forward Noel Accari joins us. Looks like ESPN is looking to replace Booger McFarland for Tony Romo.