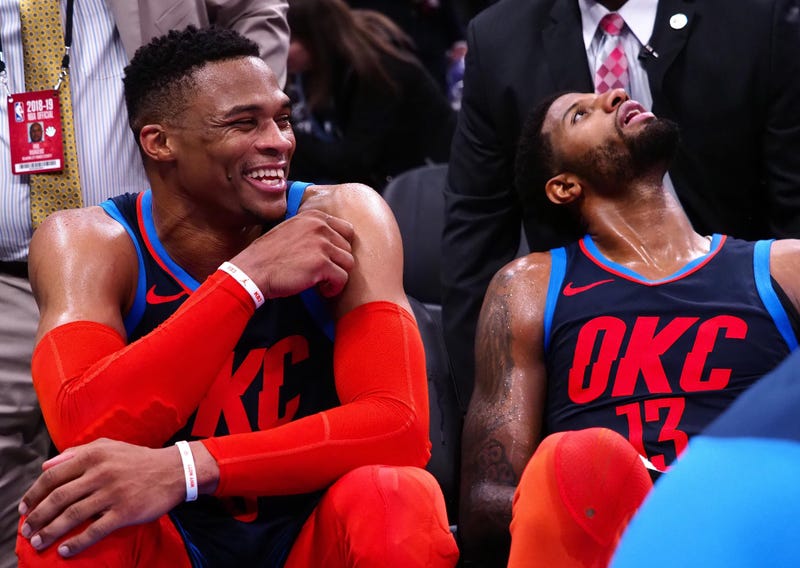 Romberg and Slim drive the show for the first segment, Roms is out here coming for Zas' job. Tobin had a tire issue this morning, Roms says Zaslow would've waited for AAA. The Blazers are up 3-1 on the Thunder after another inefficient night. Slim asks if he's been coached right throughtout his career. Marlins still suck, so nothing new there. Tobin says the "Pat Riley to the Lakers" plan is in full effect. Tobin gets boxed in by Romberg.

Tobin and Romberg make fun of Beast once again, the new cash contest for next week is called "Beast Bonuses". Says all the higher ups at the building are not creative at all when it comes to making contest names. Barry Tramel, aka "Mr. I Got A Question for Steven" guy, is still beefing with Russell Westbrook. Tobin goes on a rant about all the former Dolphin execs/coaches getting TV gigs.

Russell Westbrook is starting to rub off on Paul George. They both don't like answering questions from the media. The guys watch a video of a huge Liger. Romberg is becoming a Nipsey Hussle fan after today, feeling that West Coast vibe.