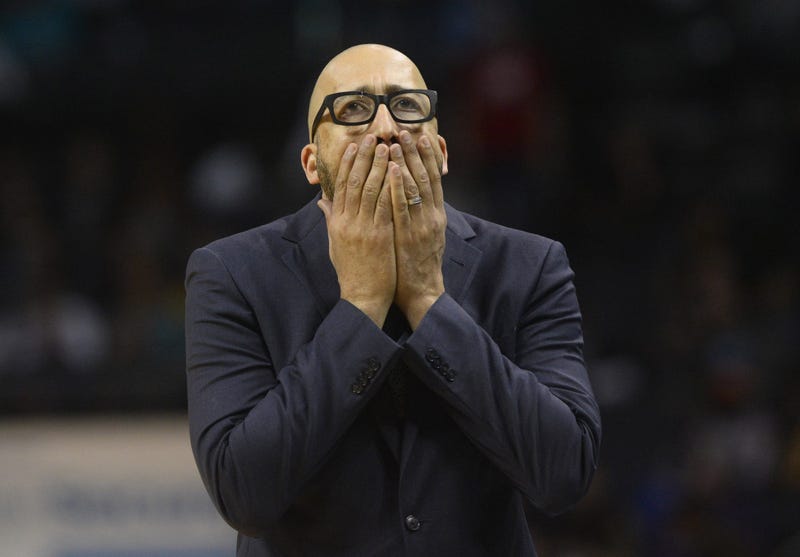 The Knicks make a huge trade. Are they about to put together a super team or will this be a disaster? Tobin fears the Knicks already know that they have Kevin Durant in the bag or they don't make the move. Zaslow wants to make it clear that he did not dig that bank tunnel. Can Wayne Ellington say no disrespect to the Bulls, without being disrespectful? Everyone is embarrassed by loss to Chicago. What can Miami get for Goran Dragic? Charles Barkley wants to have Adam Silver block Anthony Davis to the any trade to the Lakers.

Flub Friday has controversy! Zaslow believes he said Tua Tagovailoa correctly. Romberg is a little too impressed with LeBron James' return last night. Would you be interested in the Dolphins trading for Josh Rosen? Amber and Zaslow argue about how bad Rosen was last year and if it's worth trying him out. San Antonio continues to be ratchet. Bats are again in the building. Kyler Murray is really short...but is he too short? Romberg goes over his favorite Super Bowl prop bets. Brett and Tobin's daughters love potty humor and Amber thinks that is unbecoming of young ladies.

Zaslow gives the cheapest ticekts to get into Super Bowl 52. How much would you pay to take your kid to a Super Bowl with the Dolphins. Roms reveals he was in musical theater. Did the Heat have a chance to get in on Kristaps Porzingis? Where was Fizdale at? Should the Heat use Justise Winslow and/or Josh Richardson for a salary dump? Romberg's Roast determine's the deserving NBA All Stars. Finally Big Game/Not A Big Game for The Big Game.

sports
Down 3 Goals With 4 Minutes Left, Maple Leafs Miraculously Stun Blue Jackets in Overtime
news
Man Arrested After Spitting on Boy and Saying ‘You Now Have Coronavirus’
news
How to Build Your Own Air Filter at Home
sports
Alex Verdugo Robs Homer, Hits Two of His Own in Red Sox Victory
sports
A’s Fans Troll Astros By Flying ‘Houston Asterisks' Banner Over Stadium
music
MTV VMAs Will No Longer Take Place at Barclays Center in NYC Due to Health Concern