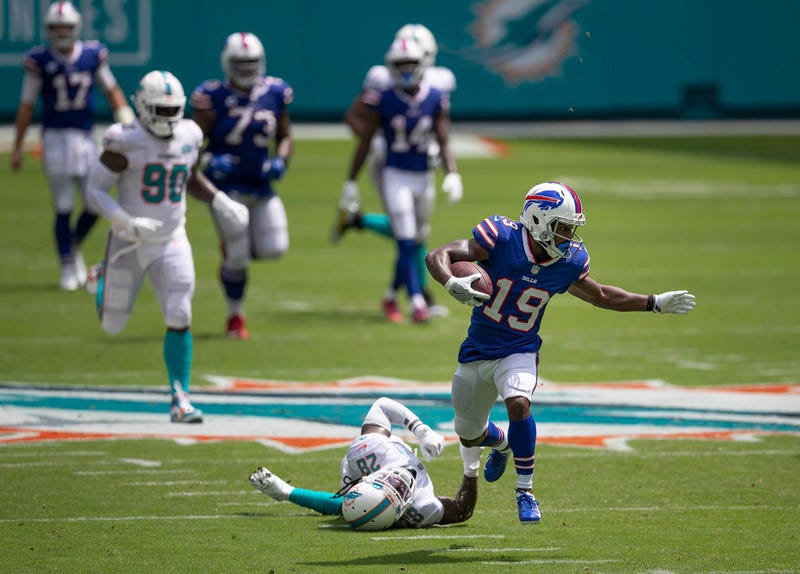 Some say it's Tua time,

Dolphins sitting at 0-2 with veteran Ryan Fitzpatrick as the starter and already two games back of division leading Buffalo Bills who just beat the Dolphins 31-28, some believe that a spark is needed.

That spark will make no difference

Tua Tagovailoa could be as good as advertized and it won't matter because this Dolphins defense looks like it cannot stop anybody.

In Week 1 it was the power running game of Cam Newton and the New England Patriots totalling 217 yards rushing in route to a 21-11 victory. Ryan Fitzpatrick did threw three interceptions that day

Although Fitzpatrick was better in week 2 throwing for 328 yards and two touchdowns, it was to no avail because often inaccurate Josh Allen threw for 417 yards in the air with four touchdowns and was very comfortable in the pocket as the Dolphins did not produce a pass rush.

FedEx would love the Dolphins defense because they give up yards in the air and on the ground.

Dolphins next opponent is at the Jacksonville Jaguars on a short week on Thursday night. Highly unlikely that Tagovailoa will get the call to start. Most realistic possibility of him starting would be the following week at home vs the Seattle Seahawks.

Both of those quarterbacks have been amazing to start the season against more competent defenses, easy to believe the Dolphins could be 0-4 with Fitzpatrick or Tua at quarterback.

This is not just a two game sample size either. The Dolphins were dead last in team defense in 2019.

So dolfans, since it doesn't matter how great Tua will be if the defense doesn't produce, its time to focus on the 2021 NFL Draft.

Dolphins have two 1st round selections in the NFL draft. The other 1st round pick is via the Houston Texans who have also started 0-2 although they have arguably played the best two teams in the NFL.

Dolphins gave $30M and $15M to edge rushers Shaq Lawson and Emmanuel Ogbah in the offseason and they have largely been a disappointment only having a combined 0.5 sacks between the two.

Maybe a local pass rusher out of the University of Miami could help?

Greg Rousseau who had 15 sacks in 2019 second to Chase Young is projected the best pass rusher in the draft. Rousseau opted out of the 2020 season due to the coronavirus

What about an impact linebacker who can play the middle or the outside?

Meet Micah Parsons who led his Penn State team in tackles in both his freshman and sophmore seasons. Like Rousseau he also opted out of the 2020 college football campaign although there is talks that he might opt back in.

Other names to consider include DT Marvin Wilson from Florida State who could have been a top pick in last year's draft but chose to return to school. Dylan Moses a LB from Alabama who missed 2019 due to a knee injury is back for 2020.

Last year's Dolphins season was all about the draft, so will this season.