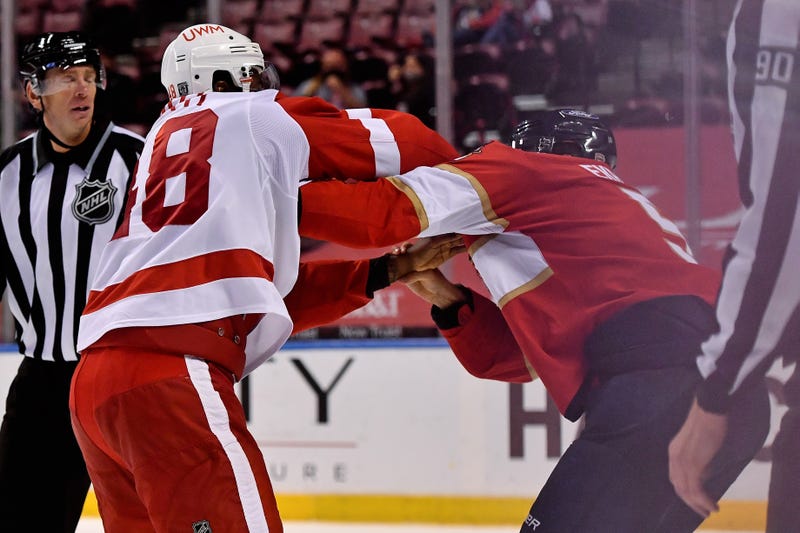 Zaslow is calling a Heat Game for the first time ever tonight. He needs advice so he turns to long time Panthers’ announcer Steve Goldstein.

Goldstein talks about his first experience calling a game saying when he was offered the opportunity he responded, “I’ve been waiting my whole life to do a game, I’m ready”.

When asked if he called a good first game, Goldstein says, “I think I did ok”.

He went on to advise Zaslow, “Don’t overcomplicate it, just call the game”.

After helping Zaslow prepare for tonight, Goldstein turned his attention to The Panthers early season saying, “I think it is for real, they have certainly found something in the guys they brought in”.

Although the team continues to win, the goalie situation remains up in the air but Goldstein thinks, “Bobrovsky is going to play tonight.  I think who plays more will be performance related.”

Nonetheless, Goldie is glad to be at the arena with fans in attendance saying, “It feels like normal times for a few hours.”

Zaslow and Goldie then continue to explain to Amber why she should streak at the next Super Bowl.​