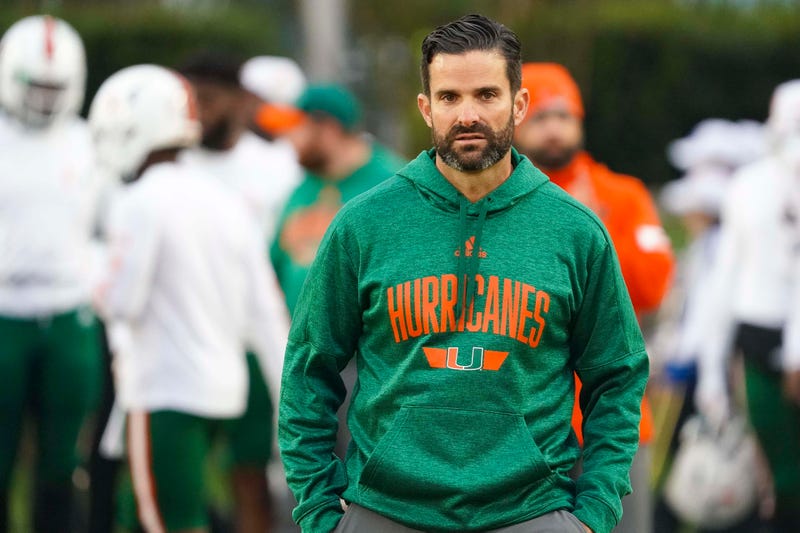 Chris Perkins, who covers the Miami Hurricanes for Sports Illustrated, was on with Tobin and Leroy Thursday and Tobin asked Perkins about Manny Diaz's confidence going into the season, which opens tonight against UAB at Hard Rock Stadium at 8 p.m.

Perkins said Diaz was confident but then revealed something that former coach Mark Richt said on an ACC Network conference call.

"In Manny's early days as a defensive coordinator he tried to out-scheme everybody and that's what kind of got him into trouble," Richt said, according to Perkins. "And when he was at Texas, BYU rushed for 500 yards. Manny learned that you have to out-fundamental guys."

Perkins went on to say that he is interested to see how Miami responds after losing guys like CB Trajan Bandy and LB Michael Pinckney, who can be relied on for knowing schemes while Miami has to rely on more fundamentals.