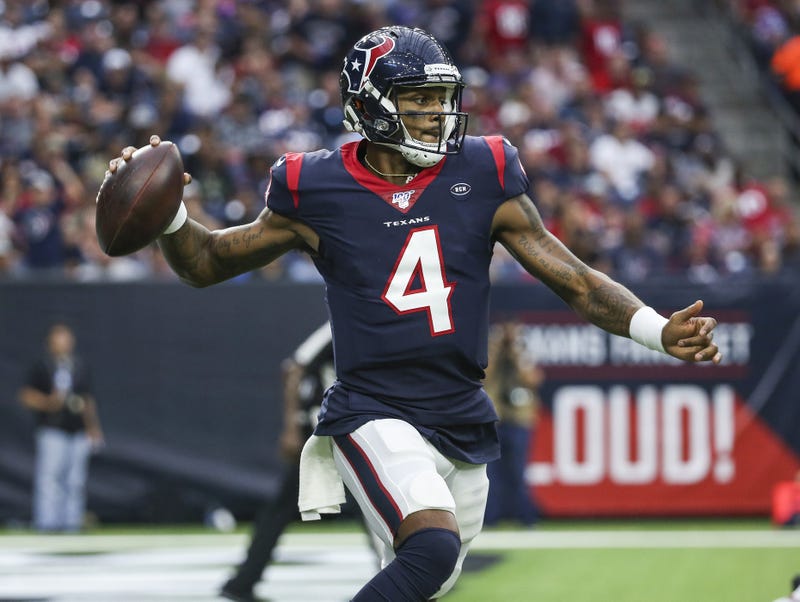 All it took was a single Chris Mortensen tweet and Deshaun Watson was immediately the most popular athlete in Miami.

The Houston Texans QB is reportedly unhappy in Houston, per ESPN’s Chris Mortensen, and may consider a trade to the Miami Dolphins.

Sources say Watson could play hardball with Texans about a trade. His new $156 million contract includes a no-trade clause but informed speculation from a source is that he would consider the @MiamiDolphins in which Tua Tagovailoa and additional compensation goes to Houston.

Despite Dolphins GM Chris Grier committing to Tua Tagovailoa as the teams starter moving forward in his season ending press conference last week, it would be hard to imagine a scenario where the Dolphins wouldn’t at the very least enquire about a Watson trade.

Unfortunately for Dolphins fans that wish to see the 25-year-old in a Dolphins jersey, ESPN’s Cameron Wolfe told Hochman and Crowder on Monday he believes there’s just a “very little chance” Watson is traded by Houston.

“I think right now you’re in the stage of a player being unhappy with his team not including him in the process, and trying to get word out as best as he can that he is unhappy. And that if they aren’t going to include him, he is willing to go else where.”

Wolfe added that Watson has “only has so much leverage” and the Texans have showed “zero inclination” of trading him.

Listen to more from Wolfe on Watson and the Texans and how the rumors may impact Tua Tagovailoa: