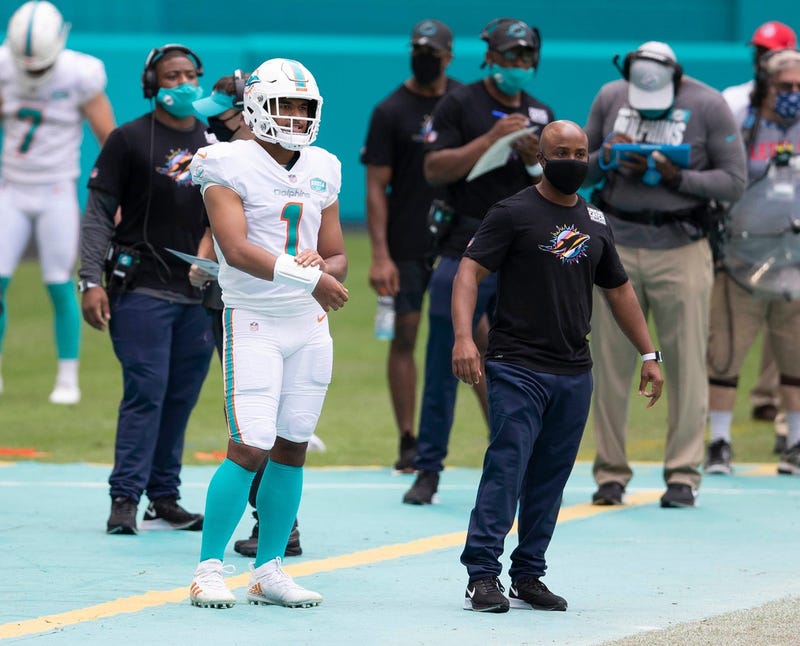 A 1-3 start to the Dolphins 2020 season has jump started the QB debate in Miami.

According to FOX football analyst Brady Quinn, pulling the veteran Fitzpatrick for the rookie Tagovailoa too early could result in second year coach, Flores, losing the locker room.

Quinn, the former record-setting, two-time All-America quarterback at Notre Dame, believes Flores has done a great job at creating a culture where the players play hard for him, but it’s that same culture that may keep him from starting Tua at this stage in the season.

“Those first string defensive players, Tua is running scout team. They see him every day, they know where he’s at.  And the problem is if they put in Tua, and that first string defense is watching him every day running scout team and they’re like ‘he ain't ready’ - and they’re forcing him in because they’re basically saying this season is over with, this is more about the future. And you’re only four games into the season… I think that’s how you lose the locker room.”

At this point in the season, Quinn believes Fitzpatrick still gives Miami the better chance to win but expects to see Tua at some point this year.

Hoch and Crowder spoke to Quinn the day after he was on the call of the Dolphins vs Seahawks game on FOX.