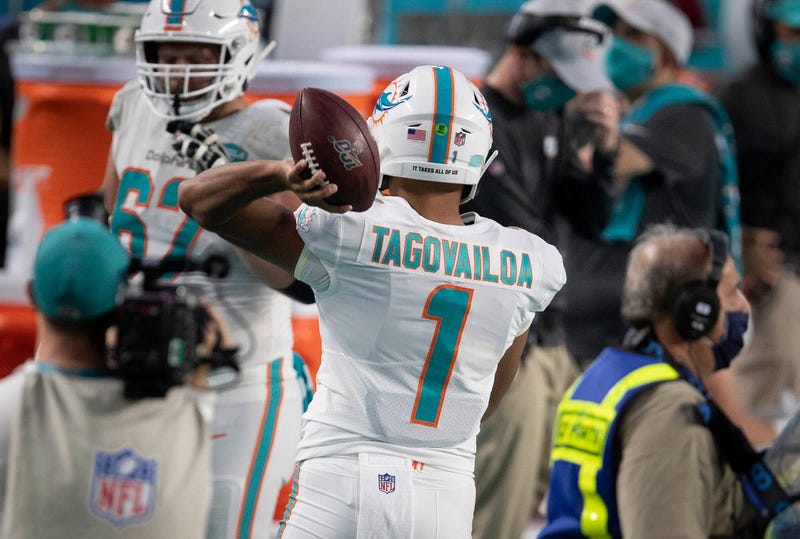 The Miami Dolphins could look totally different in September when they take the field for the first time in the 2021 season.

As it stands today, Tua Tagovailoa is the Dolphins starting QB as General Manager Chris Grier stated at the end-of-season press conference. But according to Adam Beasley of the Miami Herald, the Dolphins front office and coaching staff are not ‘in love’ with Tua.

“Of course not. They’re not in love with the guy they benched twice in five weeks and would have benched a third time in the season finale.”

Beasley told the Hochman and Crowder show that the Dolphins organization are still trying to figure out if Tagovailoa can be the franchise quarterback based on what they saw in 2020.

Listen to more on Tua and the Dolphins from Beasley including his thoughts on Ryan Fitzpatricks future with the team: