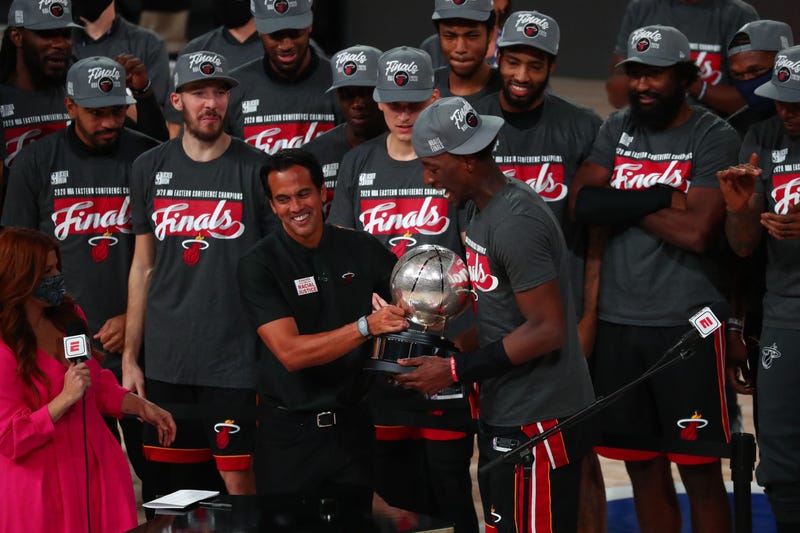 Robert Horry knows a thing or two about winning NBA championships. He has seven.

Ahead of the 2020-2021 NBA season, Horry says he is expecting a Lakers repeat and LeBron’s 5th NBA title but his prediction to come out of the Eastern Conference? The Miami Heat.

An NBA finals rematch between the Lakers and Heat seems likely to Horry mostly because of “energy” in a shortened season.

The Brooklyn Nets and Milwaukee Bucks are the two favorites to come out of the East but Horry has his doubts with both of those teams.

“Milwaukee is good but have they really proven to us they’re a playoff team? I think not,” said Horry about the Bucks.

As for Brooklyn, Big Shot Bob expects Kevin Durant to struggle out the gate as he returns from a major injury.

“It’s such a shortened year and it is going to be hard to put things together in a 72 game season … I look at KD just coming back from an injury, his body is not going to be in shape and used to the grind. Kyrie is always getting hurt. They have a new coach.”

Horry believes the Heat are ready for that grind.