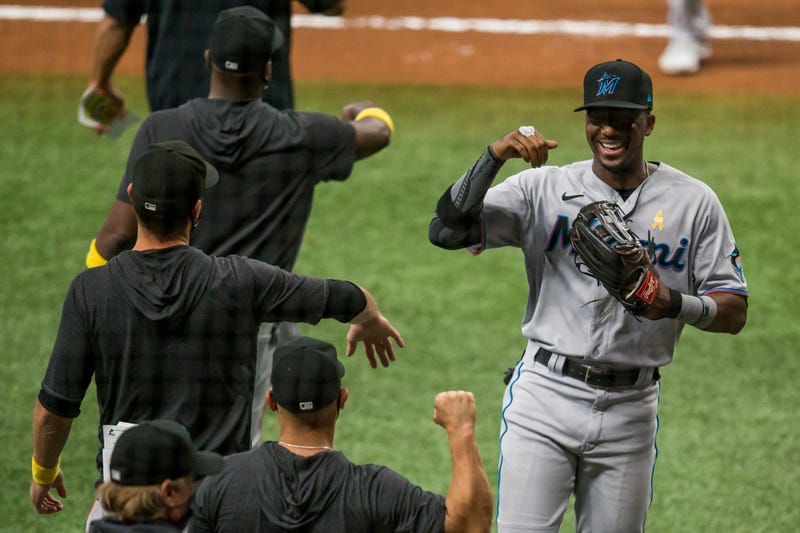 Lewis Brinson is enjoying a nice resurgence on this Miami Marlins team.

Brinson is batting .240 with three home runs in 36 games this year, mostly being used against left-handed pitching and as defensive replacement late in games.

Brinson admitted to Tobin and Leroy that he was trying to do too much.

"I've gotten caught in the trap of trying to do too much as soon as you get called up with the hype and being the hometown kid and the big trade and all that stuff," Brinson said. "I got to be honest with myself I tried to be the start of the team and I hadn't been in the big leagues for a month yet, I'm not afraid to admit that now."

The local Coral Springs High School product was the centerpiece of the trade that sent future NL MVP Christian Yelich to the Milwaukee Brewers.

"It just takes guys a little longer," Brinson said. "I've had meetings with Donnie (Mattingly) and he gives me confidence that your going to be a great player it just doesn't happen right away like Cody Bellinger."

Brinson also revealed that he got off of social media a little bit and started meditating for mental strength and that now he has the utmost confidence in himself.