Another day, another surprising piece of running back news leading up to the 2020 NFL season.

On Friday morning, the Washington Football Team released veteran Adrian Peterson. While the 35-year-old future Hall of Famer still intends to play in 2020, rookie running back Antonio Gibson -- a popular breakout pick throughout the NFL and fantasy football universe -- has reportedly wowed Washington in camp (per Mike Garafolo). Still, this move comes as a surprise, seeing as the team released Derrius Guice after a domestic violence arrest.

Peterson spoke with reporter Josina Anderson following his release, and Anderson shared his thoughts on Twitter:

"It caught me by surprise. I was having a strong camp. It was showing up on film, taking #1 reps all the way to this week. I just got notified by the running backs coach yesterday that they want to give these young guys some reps, but I didn't know I was going to get cut, there was no indication. Today (Ron) Rivera just said this is always tough, but yes we're gonna release you & go with this offensive style. I respect coach. Look (Antonio) Gibson is a hell of a talent... This system really fits him. I feel like I can do that pony style too, more as a receiving back. We were all working on it, but they really want one main guy to do it & they drafted Gibson for it. Trust me, I still have a lot in me, more to strive for & do again even when there's doubt. I feel strong & I can build on that as the season wears on. I'll do it again." 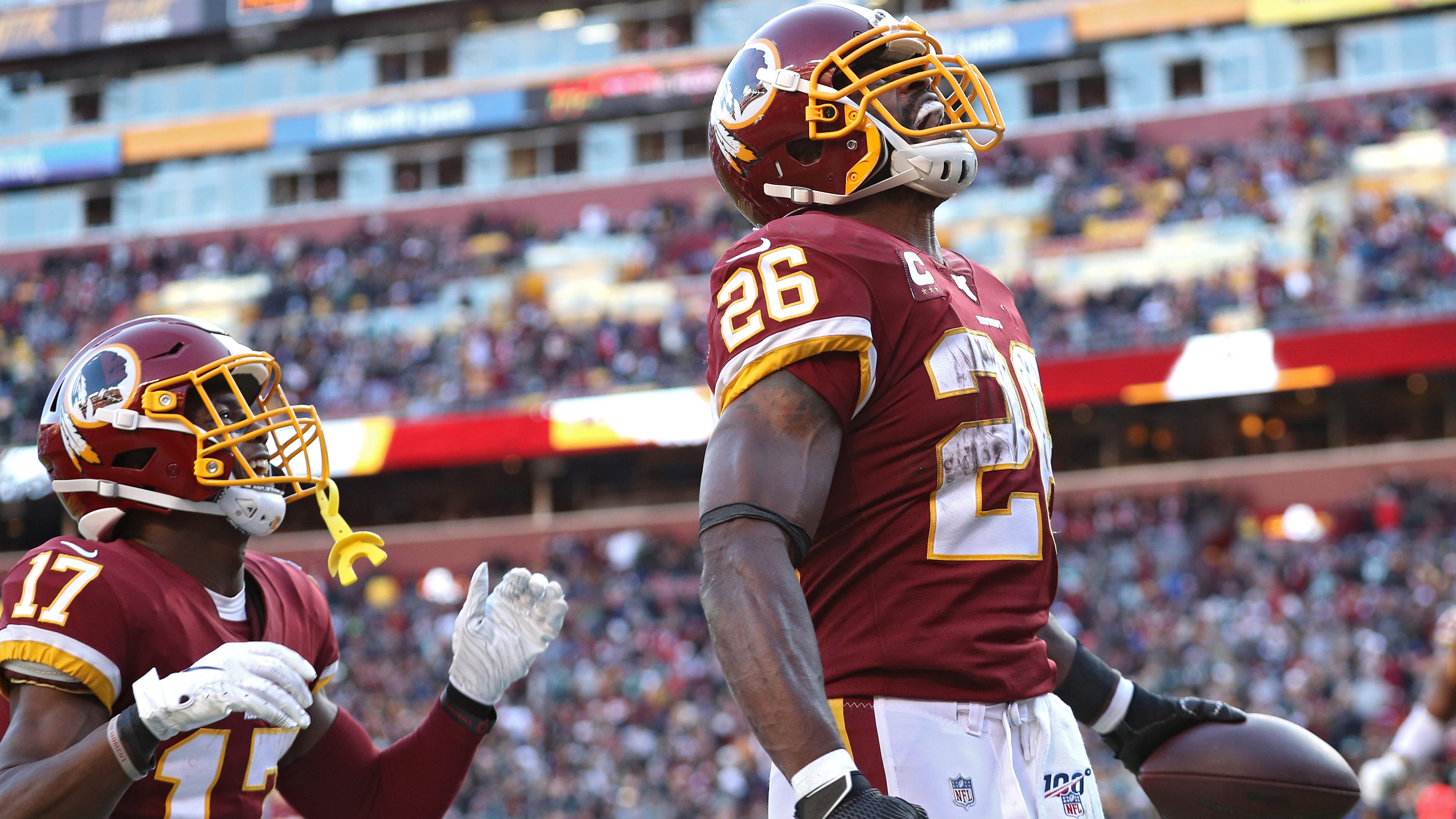 NFL Network's Tom Pelissero says that Ron Rivera valued Peterson's leadership as a veteran in the running back corps, but with a crowded backfield including Gibson, J.D. McKissic, Peyton Barber and Bryce Love, Rivera saw no role for him.

By releasing Peterson, the Washington Football Team incurs a dead cap hit of only $750,000, meaning they'll save just under $2.5 million by releasing the running back and cutting ties with his salary. He was the most expensive running back on their roster, with McKissic's salary coming in at $1.61 million, Barber's at $1.36 million, Gibson's at around $900,000 and Love's at around $800,000 (via Spotrac).

Just a couple of weeks ago, Peterson called Washington his "second home" and said that the fan base was "incredible" (via Mike Florio of Pro Football Talk).

Peterson may still have a lot of fuel left in the tank -- otherwise, he may not have set out to break Emmitt Smith's rushing record, which he stated was one of his goals -- and there will likely be suitors for his talents. The Buccaneers scooped up Leonard Fournette, leaving the Bears, Eagles, Patriots and some other potential landing spots as candidates to show interest in Peterson.

Peterson rushed for 1,940 yards and 12 touchdowns in two seasons with Washington, missing only one game and maintaining a respectable average of 4.2 yards per carry.